More PROTON PUMP INHIBITOR News
A recent study concluded that efforts to reduce the long-term use of proton pump inhibitors should target patients as well as doctors. Long-term use of the medications, which are used to relieve heartburn and other stomach-acid related issues, can cause serious health problems, including lung infections and osteoporosis. 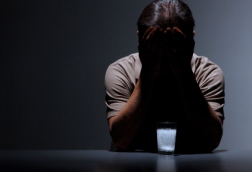 Led by Dr. Hugo M. Smeets of University Medical Center in Utrecht, the study focused on identifying the best way to scale back the long-term use of acid-reducing medications, including proton pump inhibitors, according to Reuters.

The researchers discovered that relying on doctors to curb patients' long-term use of acid reducing drugs was relatively ineffective.

"In clinical practice, it is difficult to limit patients in their acid-suppressing drug consumption," wrote Smeets and his colleagues.

Smeets and his fellow researchers concluded that both physicians and patients need to be targeted in efforts to reduce the long-term use of proton pump inhibitors.

"In the case of acid suppressing drug prescription, it is likely that both the prescribing physician and the patient need to be convinced of the benefits of reduction of antacid drug use," they wrote.