A new study indicates that adding a proton pump inhibitor to aspirin treatment is not beneficial for a majority of patients, the Los Angeles Times reports. 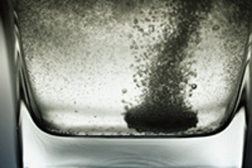 According to the news provider, the study's researchers used a mathematical model to demonstrate the cost-effectiveness and success of low-dose aspirin treatment with and without the proton pump inhibitors.

More PROTON PUMP INHIBITOR News
The study determined that the addition of a proton pump inhibitor was not financially justifiable for men ages 45 and older with an average risk of gastrointestinal bleeding from the low-dose aspirin treatment. However, the authors of the study did say that the use of the inhibitors could be cost-effective for men who had a higher risk of bleeding.

The study indicates that doctors should check for a patient's risk of bleeding by taking into consideration the person's age, medical history and the use of other medications that could potentially increase the risk of bleeding.

The study was published recently in the Archives of Internal Medicine, which has a print circulation of more than 77,000 physicians in 77 different countries, according to its Web site.