Canadian Member of Parliament Warns of PPI Side Effects 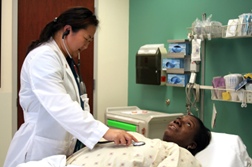 James Lunney, the Member of Parliament for Nanaimo-Alberni in Canada's westernmost province of British Columbia, points to the increasing number of studies that suggest PPI drugs carried a 53 to 74 percent risk of potential infection of C. difficile, compared with those not treated with Proton Pump Inhibitor drugs. The 7/2/10 issue of the Alberni Valley Times summarized Lunney's concern over PPI medications, which are prescribed to treat and suppress stomach acid.

The statistics Lunney used in his plea to Health Canada, the Canadian health authority, were contained in a 5/10/10 issue of Archives of Internal Medicine.

More PROTON PUMP INHIBITOR News
Lunney said that PPI drugs are widely used in hospitals. While effective in treating stomach acid, Proton Pump Inhibitors leave patients more prone to serious infections that are often difficult to eradicate and control. According to the Alberni Valley Times, a particularly serious strain of C. difficile known as the Montreal strain has embedded itself in hospitals across Canada in recent years. Nanaimo Regional General Hospital was hit in 2008.

A year later, Lunney was on the warpath, raising the issue with the Vancouver Island Health Authority, which subsequently rejected the MP's concerns. At the time, Medical director Pamela Kibsey said there had been no "reproducible" evidence demonstrating that PPIs increase C. difficile "severity."

Officials at the Vancouver Island Health Authority did not comment officially on Lunney's latest call to tighten controls or his statements on the relationship between PPI drugs and C. difficile. However, officials with the health authority did acknowledge that PPIs are a concern.