Industry giant AstraZeneca Pharmaceuticals has been hit with another bellwether lawsuit alleging its blockbuster antacid product known as Nexium caused permanent kidney damage in a man from Maryland as a result of using the medication. 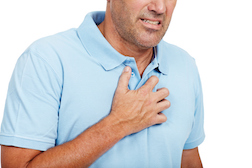 In a statement of claim filed in United States District Court of New Jersey Newark Division, a 38-year-old Joseph Eugene Cook Jr. says he “was prescribed Nexium on numerous occasions, beginning as early as April 19, 2007, and consistently thereafter through April 4, 2016”.

Cook claims that his “kidney function began to progressively decline and he now suffers from Stage II kidney failure”. He alleges, in the documents filed, that “he sustained severe and permanent personal injuries, pain, suffering, economic loss, and emotional distress”.

The plaintiff is represented by Levi Plesset, from the Los Angeles law firm of Milstein, Jackson, Fairchild & Wade. “Our client is looking for compensation for his medical bills, future healthcare, and emotional distress; as well as deterring pharmaceutical companies' behavior that puts the public at risk,” comments Plesset.

Nexium is one of a class of drugs known as Proton Pump Inhibitors or PPIs that work by blocking the production of gastric acid.

AstraZeneca’s Nexium is one of the most prescribed medications in the United States and is used to treat conditions such as gastroesophageal reflux disease (“GERD”), dyspepsia; acid peptic disease, Zollinger-Ellison syndrome, acid reflux, and peptic or stomach ulcers.

More PROTON PUMP INHIBITOR News
There have been a number of peer reviewed scientific studies that link kidney problems with Nexium. In January, 2016, JAMA reported the use of a proton pump inhibitor resulted in a 20% to 50% higher risk for incident chronic kidney disease.

The Nexium product label does not carry a warning about the possible effects to kidney function. According to Cook’s claim had he known there was risk he would not have used the medication. Causes of action list failure to warn, defective design, and breach of warranty.

Milstein, Jackson, Fairchild & Wade are representing 65 clients with claims against AstraZeneca for personal injury related to the use of PPIs.

Posted by
Mrs Desiree A Padmore
on October 16, 2017
This Is Really Sad I'm Not Sure I've Been on RANITIDINE The Name brand ZANTAC Since 2015 From 3 hernia repairs The Doctor Give Me This Drug To Keep The acid down Actually it does make my stomach feel better Now I'm Worried About My kidneys Because Now I'm suffering with kidney and UTI infections All The Time. I Have My Doctor Check My liver and kidneys To See if They Are function properly. Can Someone Tell Me if this Drug Is The Same As Nexium and Pepcid. Thank You
Posted by
Chris Robinson
on October 8, 2017
Total rubbish.
PPIs have been used by millions worldwide for 30 years and have been shown to reduce risk of progression to oesophageal cancer by 71%.
The quoted study showed no evidence that PPIs cause CKD - just an association. Those with kidney disease were more likely to be taking PPIs. People are more likely to use umbrellas when it rains!