Proton Pump Inhibitors—To Take or Not to Take?

E.J. has been taking proton pump inhibitors since his heart attack back in 2004. They help relieve heartburn—he has suffered with acid reflux since the heart attack—but E.J. is now wondering if they are doing more harm than good. 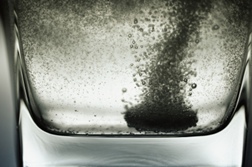 "My doctor prescribed Prevacid for my heartburn and it helped, but after I'd been taking it for a while my muscles got rigid," says E.J. "When I got up after sitting for a while I thought I would fall down. My hands and feet are often swollen and tingly, like they are going to sleep. But my main concern is my thumb—I broke it more than 10 years ago and lately it feels like it's broken all over again. That's why I think these proton pump inhibitors can cause some nasty side effects.

"I told my doctor about these symptoms and he ordered a battery of tests, including electro-shocks in the back of my neck to test my nerves. But I was told that everything was normal—I am so frustrated.

"Now I can hardly move my fingers. I bought one of those gadgets that help you open jars. There are some doors I can't open—I don't have a grip firm enough; that's a bit aggravating. Recently at a party I had to ask my wife to unscrew the cap off my pop bottle—that was embarrassing.

"I recently saw a new doctor—a young guy—and he actually took the time to talk about my problems. He gave me cortisone and a pain medication for my thumb and told me to stay on the proton pump inhibitors. I know that I am over-medicated; I keep taking these heartburn drugs because my doctor keeps prescribing them and I figure he knows what he is doing, but I also have second thoughts because nothing is getting any better.

"But I have cut down on these PPI's because I think the problem with my thumb is a warning. I did some research online and a lot of people are complaining about joint problems while taking drugs for acid reflux. I found out that PPIs are number 3 on the list of most prescribed drugs—no wonder so many people are having proton pump inhibitor side effects. I also discovered that you shouldn't take these meds for more than a year, but I have been on them for about six years—does my doctor have this information?"

More PROTON PUMP INHIBITOR News
E.J. doesn't know who to believe or what to do. He has cut the recommended dose of PPIs almost in half, avoiding certain foods and eating smaller meals. But he is also worried about heart problems—and rightly so. Maybe it will take a lawsuit to determine how harmful proton pump inhibitors are, and whether there are alternative meds.

In May 2010, the FDA included a warning on all proton pump inhibitors (PPIs), saying that they may increase the risk of fracturing bones in the hip, wrist and spine. Although this risk isn't pertinent to E.J., he is concerned about future problems, especially because of his thumb. Drugs affected by the labeling changes include the prescription drugs Nexium, Prilosec, Zegerid, Prevacid, Protonix, Aciphex and Vimovo. The labeling changes will also be applied to over-the-counter drugs including Prilosec OTC, Zegerid OTC and Prevacid 24HR.

Posted by
Clay Matthew
on January 12, 2011
You can recommend is that you properly reports in a hospital or a doctor of confidence. A few months ago I read in Findrxonline who take medicines for pain should be prescribed. I am taking vicodin for chronic fibromyalgia pain I have from six years ago when I had an accident automotive in Georgia and the doctors first prescribed me tramadol. A few months to return to Maryland and have no positive effects they prescribed me vicodin. Since then I take this medicine and although it is difficult to buy in my State do you need to have it in time.