It was in 1997 that Merck & Co. brought Propecia finasteride to market as an effective response to male pattern baldness. While a fountain of youth takes on many forms, for men the representative summation of youth is a full head of hair, regardless of how accepted a bald head on a young male has become increasingly acceptable and commonplace. 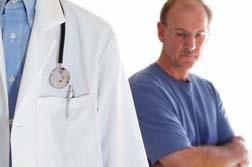 If there’s a chance that men can regrow hair, odds are they would prefer to try rather than be reduced to shaving twice a week.

And while every pharmaceutical has its dark side, men seeking a fuller head of hair were even willing to risk temporary sexual dysfunction for the chance, with Propecia help, to reestablish a once-proud mane of hair through which to feel the wind…

The basis for many a Propecia lawsuit, however, remains the allegation that Merck & Co. did not divulge the possibility that Propecia sexual dysfunction may not wane once use of Propecia was stopped. Many plaintiffs have found sexual problems to continue long after Propecia was stopped, and in some rare cases normal sexual function did not return.

Finasteride works by reducing the concentration of a natural hormone thought to be associated with hair loss. It has been reported that within 24 hours of a patient first ingesting Propecia finasteride, concentration of the DHT hormone falls rapidly by 65 percent. The decline then slows, and it can take upwards of three months for the full effectiveness of Propecia to be realized.

Here’s the problem: the DHT androgen hormone also plays a major role in the sexual development of an adolescent and ongoing sexuality thereafter. Therefore, it has not been uncommon for libido and other forms of sexual dysfunction to take hold while Propecia is under active use. Merck & Co., in fact, disclosed at the time when finasteride was approved for male pattern baldness that 3.8 percent of clinical trial participants experienced one or more incidents of sexual dysfunction v. 2.1 percent of patients taking a placebo.

Merck allegedly failed to admit, however, that the possibility existed that normal sexual function may not return until well after the medication was stopped, if at all.

For its part, the US Food and Drug Administration (FDA) conducted an analysis of adverse events reported to the regulator and determined not only was sexual dysfunction happening in otherwise healthy males 21 through 46 years of age, but that the problems continued as long as three years after treatment was stopped, sometimes longer. And for a woeful few, normal sexual function did not return at all.

For them, Propecia impotence proved permanent. While the FDA mandated a label change to properly inform prospective patients and their health care providers of the potential for risk, the label update came too late for many.

More PROPECIA News
Meanwhile, the FDA has hit a drug manufacturing facility in Puerto Rico with a Form 483 citation over problems with good manufacturing practices of Propecia. The facility is operated by AIAC Pharma, and has come under fire by the FDA for the odor and taste of Propecia tablets.

The Form 483 listed no fewer than six observations with regard to complaint management, cleaning records and apparent lapses in lab controls. The FDA also asserted that AIAC failed to include any of its investigative findings in the firm’s complaint records.

The manufacturer was cited for lapses in cleaning procedures employed for manufacturing equipment, and for failure to ensure proper quality control to verify ongoing standards for strength, quality and purity of the Propecia finasteride.