About 1,400 Propecia lawsuits against Merck had been filed by June of 2015, claiming persistent sexual side effects. 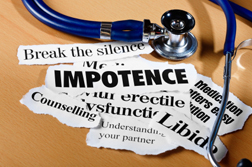 The drugmaker reported the amount of product liability lawsuits filed in the United States to the Securities and Exchange Commission in August. About 1,700 plaintiffs (some partners joined the suits, claiming loss of consortium) claim they have experienced sexual dysfunction, and 60 plaintiffs claim the hair loss medication has caused or can cause prostate cancer, testicular cancer or male breast cancer.

Despite the number of lawsuits filed, countless articles about Propecia side effects reported by the media, and studies researched by experts and presented in reputable publications, Propecia is still being prescribed and mostly to men aged 20-30.

While hair loss is not quite a life-threatening condition, sexual dysfunction certainly diminishes quality of life. And for a healthy young man to suffer from possibly permanent sexual side effects, severe depression and thoughts of suicide can be life-threatening

The Journal of Sexual Medicine in 2011 published an article where researchers found 96 percent of 71 men in a Propecia study complained of sexual side effects that continued for three months, and 20 percent of men reported these same problems more than five years after discontinuing the drug. The FDA was slow to warn the public about Propecia’s persistent sexual side effects. It took the agency until 2012 to say it would update Propecia labeling “to caution patients that persistent sexual side effects could result even after discontinuation.” It also warned the public that Propecia can lead to decreased quality of semen and fertility problems.

More PROPECIA News
Edward (not his real name) was prescribed Propecia after the FDA announced the updated warning. “I had no idea that the possible cause of my erectile dysfunction was this medication,” he said in an e-mail. I also had depression and fatigue while I took Propecia. When I researched the side effects, I couldn’t believe that mine was a classic case. Nearly every Propecia side effect was something I had experienced, from excessive weight gain in the midsection to loss of energy and loss of sexual drive, which led to depression. I would like Merck to compensate me for my ailments and I want to be included in a class-action lawsuit.”

Jeff said that prior to taking Propecia he had a “normal” sex life. “I never suffered from any ED symptoms but about a year after taking the drug, I wasn’t able to perform like I used to,” he explained in an e-mail. “I finally got up enough courage to talk to my doctor and he advised me to stop taking it right away, which I did. But my ED never went away and to this day, I still suffer from those problems. And my wife suffers.”