Another Propecia lawsuit has been filed, alleging men suffered Propecia side effects after using the drug to prevent hair loss. Propecia and Proscar, a more concentrated version of Propecia, have been linked to side effects, including sexual dysfunction. 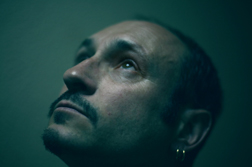 A lawsuit was filed against Merck, maker of Propecia and Proscar, in February, alleging Propecia is an “unreasonably dangerous” drug and further claiming that Merck did not adequately warn about the risks associated with its hair loss treatment, The Pennsylvania Record (2/8/13) reports. Those risks, according to some studies, include diminished libido, erectile dysfunction and reduced sexual sensation as well as memory problems and depression.

Although Propecia (known generically as finasteride) was originally approved to treat benign prostatic hyperplasia, it is probably better known for its role in preventing male pattern hair loss. The warning label did include a mention of the possibility of sexual side effects but plaintiffs say Merck downplayed those risks by saying very few men would suffer them and the side effects were short term. Studies, however, suggest the side effects may last longer than thought and may be more prevalent than believed.

More PROPECIA News
One study, published in the Journal of Sexual Medicine (7/12/12), suggested that some men experienced sexual side effects for years after stopping treatment with the medication. Dr. Michael. S. Irwig, who authored the study, also authored a study in the Journal of Clinical Psychology titled “Depressive Symptoms and Suicidal Thoughts Among Former Users of Finasteride With Persistent Sexual Side Effects” (9/12). That study was small but suggested that men who had used finasteride had a greater risk of severe depressive symptoms than men who had male pattern hair loss but did not use finasteride.

Seemingly confirming plaintiffs’ accusations was a move by Merck to change the warning label on Propecia overseas. In Europe, the warning label was changed in some countries to note a higher risk. For example, in Sweden, according to BNET (1/13/11), the Propecia warning label notes that sexual side effects could be irreversible.

And even though Propecia is often seen as a medication that older men would take to treat male pattern hair loss, also explaining the sexual dysfunction, young men have also used the drug and reported sexual side effects they did not previously suffer. Men as young as their early 20s have reported suffering sexual side effects, including decreasing libido and erectile dysfunction.