Propecia Side Effects Difficult to Discuss

For some men, Propecia side effects, including some Propecia long term side effects, are embarrassing to discuss, even with a doctor. That's because Propecia side effects in men reportedly include an increased risk of sexual dysfunction, impotence and lowered sex drive, all conditions difficult to talk about at the best of times, but made worse because they could be linked to the use of a drug to treat baldness. 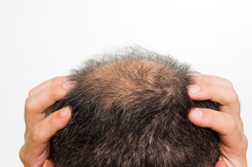 Lawsuits filed against Merck & Co allege Propecia and its more concentrated form, Proscar, are linked to a range of long-term sexual side effects. Among those side effects are diminished libido, impotence and erectile dysfunction. In addition to the sexual side effects, Propecia has been indirectly linked to an increased risk of high-grade prostate cancer. That risk resulted in the US Food and Drug Administration (FDA) issuing a warning about the drug in June 2011.

All these side effects can be difficult and embarrassing for men to discuss, and men may not realize what they are experiencing could be related to their use of Propecia or Proscar. If they do not talk to their doctor about their experiences, they could continue using the drug and continue experiencing sexual side effects.

Merck faces lawsuits alleging the company did not adequately warn men about the risk of sexual side effects associated with Propecia. In April 2012, the Propecia label was updated to include the risk of sexual dysfunction that continued after treatment was stopped.

If you or a loved one have suffered losses in this case, please click the link below and your complaint will be sent to an elder care lawyer who may evaluate your Propecia claim at no cost or obligation.
Request Legal Help Now