Are Propecia Side Effects Permanent?

For men who are concerned that their reported Propecia side effects are permanent, comments from a researcher involved in studying the reported Propecia sexual dysfunction might not provide any relief. Men who took Propecia, known generically as finasteride, may have done so to prevent hair loss, but they are now concerned that Propecia long-term side effects could include a risk of sexual problems. 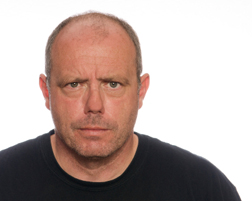 Dr. Michael Irwig, a researcher and assistant professor at George Washington University, is reportedly concerned about the risk of permanent sexual dysfunction in Propecia patients. Irwig conducted a study, published in the Journal of Sexual Medicine, which involved interviewing 71 men between the ages of 21 and 46 to determine how long they used finasteride and how the use of finasteride affected their sex life.

According to his results, also published by GW Today (03/23/11), 94 percent of men interviewed reported low libido, 92 percent reported erectile dysfunction and decreased arousal, and 69 percent reported problems with orgasm. The men reported experiencing sexual side effects an average of 40 months after discontinuing medication.

Although the percentage of men reporting side effects might seem alarming, it is important to note that the men interviewed had already reported sexual side effects from finasteride. According to Irwig, approximately five percent of men who use finasteride will experience some sexual dysfunction.

More PROPECIA News
More concerning is the duration that some men reported the sexual side effects lasting and the possibility that the side effects could be permanent.

"It's been very frustrating for a lot of these men because they've sought care from medical professionals who have looked at the literature and have not seen a risk of persistent sexual dysfunction," Dr. Irwig said, as quoted in GW Today.