When it comes to talking about Propecia sexual dysfunction, most men wish to remain anonymous. Not so in Jessie’s case. “I don’t want to be anonymous,” he says. “The fact is, I look at my son and think what a tragedy we didn’t do enough to take drugs like Propecia off the market.” 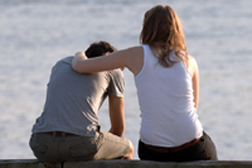 Jessie was prescribed finasteride (Propecia is the brand name) to treat hair loss. He took the first pill in March of this year and about a month later Propecia side effects kicked in.

“I had sex with my wife and when I ejaculated it felt like razor blades,” says Jessie. “Later that day my groin and lower abdomen was painful and my penis felt like rubber. Although the Propecia manufacturer and my doctor say these problems are temporary, my problems haven’t gone away. I can no longer feel pleasure on my penis - it will not get hard with any stimulation.”

Jessie stopped taking the medication. He says that neither his doctor nor the pharmacist informed him of potential permanent side effects - he is worried. The Propecia website warns of Propecia side effects in men, stating that “a small number of men experienced certain sexual side effects, such as less desire for sex, difficulty in achieving an erection, or a decrease in the amount of semen. Each of these side effects occurred in less than 2% of men and went away in men who stopped taking Propecia because of them.”

Unfortunately, Jessie might be in that two percent range. But his side effects have ballooned - his sexual dysfunction issues have actually caused anxiety, insomnia, weight loss, and decreased muscle mass and more.

“Aside from common sexual issues associated with Propecia, I couldn’t get any sleep after taking it for almost a month,” Jessie says. “I had sex with my wife but my penis felt like a piece of rubber. I Googled “rubber penis” and that is when I stopped taking Propecia.”

Jessie, age 37, with two young children, talked to his doctor about Propecia side effects but was told he was simply suffering from anxiety and perhaps he should see a psychiatrist. Jessie says he has never had psychological issues or insomnia and can’t figure out how these problems could be anything other than a result of taking Propecia.

Rather than seeing a psychiatrist, Jessie contacted Dr Irwin Goldstein at the Institute for Sexual Medicine in San Diego. “He has seen many men and women with sexual dysfunction so I figured he could help me,” Jessie explains. “Unfortunately, my prognosis was not good. There wasn’t much he could do so that I felt even more disconcerted. But I did find out that insomnia is another side effect. I used to sleep like a baby and I was really fit. Now I can’t sleep without some kind of med and I lost about 10 lbs.

More PROPECIA News
“I lost desire, period. The Propecia maker says you can lose libido - temporarily - but it’s more than that; I was walking around like a zombie. I lost the desire to laugh and I even believe my cognitive abilities were affected. And I wasn’t taking any other meds. Foolish me: I decided to trust doctors and the FDA rather than crazy stuff on the Internet that happens to be true. You read all these stories after the fact. Even after I read the Propecia warning label, I never thought it would happen to me. I made a big mistake.”

Next up, Jessie saw an endocrinologist, who found his blood test shows low testosterone and high estrogen - yet another side effect. (Propecia inhibits the production of testosterone, so it creates the same problems that men with low t-cells suffer, i.e., sexual dysfunction, impotence and decreased muscle mass.)

Now Jessie has another problem: whether or not he should take testosterone therapy. All because he was concerned about baldness.