A quick search online shows that Propecia side effects “are not permanent; the prostate will start to enlarge again or the hair growth will be lost if the patient stops taking the drug.” Unfortunately, Lamar is amongst hundreds of Finasteride (brand names Propecia and Proscar) men who can prove that statement terribly wrong. 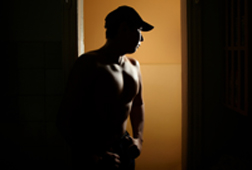 Propecia is the so-called wonder drug that promises to halt hair loss. It is also prescribed for the treatment of urinary problems in men caused by benign prostatic hypertrophy (BPH) or enlargement of the prostate gland.

Since taking Propecia to help treat frequent urination at night (nocturia), Lamar says he has erectile dysfunction and worse - he has developed breasts. “My doctor prescribed the generic version of Propecia without telling me about any side effects,” says Lamar. “I took it from last June until this May and can’t believe I’ve developed these side effects within less than a year.

“I’m just turning 55 and I’ve never suffered from erectile dysfunction or leakage. I read online that some of the side effects are reversible but I haven’t experienced that. Apparently some guys have breast issues two and three years after they have stopped taking it. I am embarrassed to the point that I am afraid to take off my shirt.”

Lamar was prescribed Propecia from a doctor at a sports injury clinic after Lamar complained that he couldn’t get a good night’s sleep because he had to pee so often. The doctor told Lamar that his prostate was slightly enlarged but Propecia would treat the problem.


“I recently saw my regular doctor and he said my sexual problems and now these ‘breasts’ are definitely linked to Propecia,” adds Lamar.
His doctor had even worse news. “My doctor doesn’t agree with Merck, the manufacturer; he believes these Propecia side effects could indeed be permanent.

William McKee, a 38-year-old software engineer, took the generic version of Propecia for hair loss and has since changed his name to Mandi. According to the New York Post (July 22, 2012), McKee took one Finasteride pill a day for nine months, which didn’t help much with his hair growth, but instead helped grow breasts. “My rock-hard chest from the gym began to soften...reaching the point where I had noticeable ‘breasts’ even under my clothing,” said “Mandi” McKee.

Propecia lawsuits have been filed in 27 states and centralized in Brooklyn federal court by men who allege the hair loss wonder drug has seriously affected their sexuality. One Propecia attorney, Marc Grossman, represents more than 300 former Propecia users, many of whom have breast growth. Grossman estimates thousands of Propecia users have suffered side effects similar to Lamar and William McKee, but most of them will suffer in silence because they are too embarrassed to reveal their problems to anyone, including their doctors.

More PROPECIA News
To this day, Lamar still can’t understand why the sports clinic doctor prescribed Finasteride. “After I was on this drug for five months I had a follow-up and he said my testosterone level was low, so why didn’t he tell me to stop taking the med?” Lamar asks, adding that the doctor has since left the clinic. “I had a pretty good sex life before this, now I’m worried about the future. I am not embarrassed about following through with a Propecia lawsuit.”

Propecia lawsuits nationwide allege that the manufacturer Merck & Co. made a drug that was defective in design and unreasonably dangerous. Merck is also charged with having knowledge about the potential side effects, but not adequately warning doctors and patients. Further, lawsuits also claim that Merck did not properly label the hair loss drug.

Merck was ordered in 2011 by the FDA to update Propecia’s warning label to reflect the complaints of sexual side effects that were reported.

Posted by
Richard Jones
on January 24, 2015
I took Finesteride for four months in 2013. I stopped when my left breast began to hurt and swelled somewhat. It's still sore. I can't get an erection, don't have much ejaculate and No orgasm.
Posted by
Michael Totton
on November 20, 2014
I have been on 5mg finasteride for 8 months. i have developed
noticeable breasts.
Why do researchers refuse to mention this possibility?

Posted by
mark murray
on January 18, 2014
I took propecia and have suffered with the side effects for a little over 10 years now, is it too late to do anything ?