Are Propecia Long-Term Side Effects Really Rare? Not according to Some...

Anthony took the hair loss drug Propecia for two years and the generic finasteride for another few years - until he became aware of Propecia long-term side effects. “I’ve had sexual dysfunction problems for the past eight years and because of Propecia, I’m also battling depression,” he says. 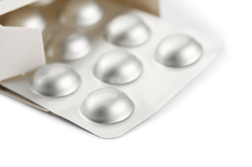 By the time the FDA got around to adding new warnings to Propecia (finasteride) in 2012, the damage had already been done to Anthony (not his real name). The drug’s label already warned of temporary side effects, but the updated labels stated that some effects could last after you stop taking Propecia. Unfortunately, that was Anthony’s case.

Merck had also reported in its clinical trials sexual adverse events, but said that “the side effects resolved in patients who stopped using finasteride, as well as in most patients who continued therapy.” So why did the FDA receive 59 out of 421 cases that reported sexual effects lasting longer than three months after discontinuing the drug? (The agency based the information on 421 post-marketing reports of sexual side effects related to Propecia from 1998 to 2011.)

Anthony, age 44, stopped taking Propecia to see if it was causing his sexual dysfunction issues. “It was the only drug I was taking and I vaguely remembered my doctor mentioning possible erectile problems but they were temporary,” says Anthony. “He has been a great doctor for 20 years but I know he is reluctant to get in the middle of upcoming Propecia litigation. He won’t say much but I know he is no longer prescribing Propecia.”

Around the same time Anthony began to have Propecia sexual dysfunction, he became depressed.
“I was in a relationship but we broke up because sex became such an issue - and understandably,” Anthony explains.
He tried to use Viagra but says it doesn’t compensate for the dysfunction problems. And it’s $30 per pill, which is not covered on health insurance.

“I am so pissed off with Merck, the manufacturer,” says Anthony, “and to make matters worse, I am now undergoing testosterone treatment. My specialist believes my testosterone count is directly related to Propecia - this drug is keeping him busy. He has many patients who are now on testosterone therapy. I’ve been on this treatment for nine months and will likely need to stay on it for a lifetime.”

More PROPECIA News
Anthony says his specialist first tells patients to stop taking Propecia. He actually found the specialist through a friend who has the same problem with Propecia. Are Propecia long-term side effects really that rare?

“I think a lot of men are now becoming aware that their sexual problems could be related to Propecia,” adds Anthony. “And from what I hear in chat rooms, they are supplementing their sex life with other drugs.”

As for a Propecia lawsuit, Anthony wants compensation for the medical costs incurred. Thankfully, his health insurance is covering testosterone therapy, but think about the burden Propecia has placed on the medical system! “As well, Merck knew about these long-term side effects so they should punitively compensate victims.” Propecia attorneys agree with Anthony.