With a flurry of news about antidepressant side effects in the last month, women who are taking Pristiq antidepressant may be concerned about whether or not they are also at an increased risk of Pristiq side effects. The class of drugs that Pristiq belongs to, known as serotonin-norepinephrine reuptake inhibitors (SNRI medications), has been linked in some studies to certain health issues, but whether there is a risk of Pristiq birth defects remains to be seen. 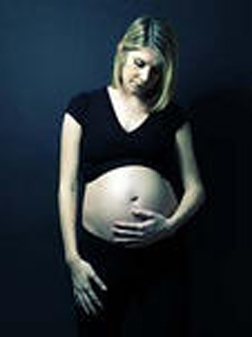 Serotonin-norepinephrine reuptake inhibitors (SNRIs) are similar to selective serotonin reuptake inhibitors (SSRIs) because both increase serotonin levels in the brain. The main differences are that SNRIs also affect levels of norepinephrine and act more selectively on serotonin than SSRIs do. But because of their similarities, there is a chance that SNRI medications have similar risks of birth defects as SSRI medications.

SSRI medications have been around longer and have been more widely studied than SNRI medications. A study published online March 22 in the British Journal of Clinical Pharmacology found that women who took an SSRI while pregnant were at an increased risk of developing pregnancy-induced hypertension. Researchers noted that the increased risk of hypertension was beyond what might have been caused by the depression or anxiety disorders.

Meanwhile, a different study suggests that use of an antidepressant while pregnant is linked to altered fetal outcomes. Specifically, the study found that when pregnant women used an SSRI, they were more likely to have a preterm birth and also had an increased risk of having a baby with small head size.

Pristiq is known generically as desvenlafaxine and is made by Pfizer. It is approved by the US Food and Drug Administration (FDA) to treat depression.

If you or a loved one have suffered losses in this case, please click the link below and your complaint will be sent to a drugs & medical lawyer who may evaluate your Pristiq claim at no cost or obligation.
Request Legal Help Now