The risks of taking popular heartburn medications such as Prilosec likely outweigh the benefits. According to a recent study, PPI users may be increasing their risk of serious kidney damage without having any symptoms of kidney problems. Given this latest research and previous studies, attorneys are currently investing complaints involving Prilosec and kidney problems. 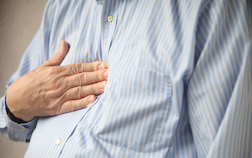 Referred to as the “silent kidney disease” because it can go undetected for years, researchers in the journal Kidney International (February 2017) said their study results “indicate kidney problems can develop silently and gradually over time, eroding kidney function and leading to long-term kidney damage or even renal failure.”

Over five years of follow-up analyzing the data of 144,032 people from the Department of Veterans Affairs database (125,596 participants were new users of PPIs and 18,436 were new users of another heartburn drug called H2 blockers) researchers at the Washington University in St. Louis found that over half of those using PPIs who developed chronic kidney damage and end-stage renal failure did not experience acute kidney problems. But only 7.67 percent of the H2 blockers group developed chronic kidney damage without experiencing acute kidney problems and 1.27 percent developed end-stage renal failure.

Researchers said these results indicate that onset of acute kidney problems is not a reliable warning sign to detect the decline of kidney function among those who are taking PPIs, including Prilosec, and that the clinicians should pay attention to the kidney function of their patients who use PPIs, despite the absence of acute kidney problems, reported Nature World News.

But this latest study is even more concerning, particularly because Prilosec is available over-the-counter (OTC) and many consumers take this med and other PPIs without being under a doctor’s care, and for too long.

More PRILOSEC SIDE EFFECTS News
If you have taken Prilosec for longer than six weeks, health care professionals advise that you talk to your doctor about discontinuing the medication. And you might want to ask about the risk of chronic kidney damage. Ziyad Al-Aly, MD, an assistant professor of medicine at Washington University's School of medicine and senior author of the study, said patients should only use PPIs if needed and tell their doctors about it. Prilosec OTC is available over-the-counter, contains the same active ingredient, omeprazole, and delivers the same dosage as 20 mg prescription Prilosec.

READ ABOUT PRILOSEC SIDE EFFECTS LAWSUITS

If you or a loved one have suffered losses in this case, please click the link below and your complaint will be sent to a drugs & medical lawyer who may evaluate your Prilosec Side Effects claim at no cost or obligation.
Request Legal Help Now

Posted by
Virginia DeFranco
on April 24, 2017
I was prescribed Prilosec and took it for years for GERD and approximately for over 3 years have constantly had problems with constant bladder infections, increased potassium, and problems with renal function tests. I've undergone multiple tests and physicians were not able to determine the cause.
In September 2016 I developed severe nausea a vomiting, I was very weak, my husband took me to the emergency room and I was diagnosed with renal failure. Fortunately the physician caught it on time. After 4 days in the hospital the physician was able to save my kidneys.
Unfortunately, I suffer from sphincter of odds dysfunction and require medication for the acid reflux and I am currently on Nexium which has worked so far.

Posted by
Lee Washington
on April 24, 2017
I have use this product for at least 1 yr or more