A woman identified as JC  filed a civil sexual abuse lawsuit last month with the New York Supreme Court accusing Bob Dylan of sexual assault, battery, false imprisonment and intentional infliction of emotional distress over a period of six weeks back in 1965. The 68-year-old plaintiff says she is “emotionally scarred and psychologically damaged to this day”. 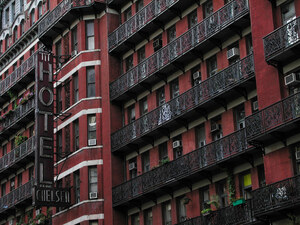 A spokesperson for the music icon and Nobel Prize winner told Law360 that "the 56-year-old claim is untrue and will be vigorously defended." An attorney for plaintiff JC told Law360 that “the complaint speaks for itself”. According to Guitar.com, an attorney for the accuser said “The claims were vetted before the case was filed, and we did our research.”


The lawsuit states that, “Robert Allen Zimmerman a/k/a Bob Dylan over a six-week period between April and May of 1965 befriended and established an emotional connection with the plaintiff, J.C., to lower her inhibitions with the object of sexually abusing her, which he did, coupled with the provision of drugs, alcohol and, threats of physical violence.” The document further states that Dylan maintained an apartment at the Chelsea Hotel where the alleged sexual abuse took place at “certain times”. Dylan was then in his mid-20s.


But Bob Dylan experts say it is almost impossible to reconcile his whereabouts alleged in the recent sexual assault lawsuit that has been brought against him.

The lawsuit states that Dylan “befriended and groomed” the 12-year-old girl over a six-week period between April to May 1965. However, records state that Dylan was in either England or Portugal for the entire month of May 1965. He performed shows at the London Albert Hall early in the month and recorded live sessions at the BBC’s studios on June 1.

Clinton Helyin, the author of The Double Life Of Bob Dylan: A Restless, Hungry Feeling (1941-1966), told the Huffington Post that the alleged sexual abuse was “not possible due to timeline” because Dylan was in England and Los Angeles for most all of those six weeks. “If Dylan was in New York in mid-April, it was for no more than a day or two…Woodstock was where he spent most of his time when not touring. And if he was in NYC, he invariably stayed at his manager’s apartment in Gramercy, not the Chelsea,” Clinton told HuffPost. He also pointed out that Dylan didn’t start living at the Chelsea Hotel until autumn of 1965 and also in the singer’s defense, a film crew was following him 24/7 during that time to make the 1967 documentary “Don’t Look Back”.

But plaintiff’s attorney Peter Gleason told HuffPost that, despite calls from Dylan fans who cite the above timeline, “we stand by the pleading”. Helyin offered Dylan’s manager to be an expert witness if the case goes to trial.


The lawsuit was filed August 13, one day before the deadline of the “look-back” window (or grace period) of New York’s Child Victims Act closed. Passed in 2019, the law extended the statute of limitations to allow individuals who had been abused as children to seek justice as adults and file a civil suit.

The look-back window was twice extended and the final deadline was Aug. 14, according to the governor's office. Statutes of limitations for sex abuse vary widely across the US. Under the CVA, the criminal statute of limitations for felony sexual abuse of a minor has been extended to age 28. For civil cases, the limit now extends to age 55.

By the deadline of August 14, 2021 more than 9,200 child abuse claims filed--including cases against Prince Andrew and high-profile Catholic priests –had been previously blocked by the state's statute of limitations. And now Bob Dylan. The case is J.C. v. Robert Allen Zimmerman a/k/a Bob Dylan, case number 951450/21, in the Supreme Court of the State of New York, County of New York.