The hackers responsible for the recent cyber attack on federal government computers could also have been responsible for the Premera Blue Cross Data Breach of 11 Million Accounts, or so is the supposition reported recently in the New York Times and the Puget Sound Business Journal (6/5/15). 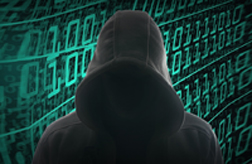 Premera is the third largest health insurer in Washington State, and was hit with a cyber attack initiated on May 5 of last year. The Premera attack exposed the personal information of as many as 11 million current and former clients of Premera across the US. While Premera noted on January 29 of this year - the day the data breach was discovered - that according to best information none of the personal data had been used surreptitiously, the fact remains that the data mined by cyber attackers is exactly the kind of information useful for perpetrating identity theft.

As for why the attack was not discovered for some eight months, Premera has said little. However, the breadth of the attack - affecting some 11 million people - and the delay in discovering the breach (initiated May 5, 2014 and revealed January 29, 2015) will likely provide much fodder for Premera cyber attack lawsuits.

According to the Puget Sound Business Journal, the New York Times had suggested the Premera cyber attack may have been perpetrated by the same China-based hackers who are suspected of breaching the federal Office of Personal Management (OPM) last month. However, the VP for communications at Premera, Eric Earling, notes there is no certainty the attack originated in China.

“We don’t have definitive evidence on the source of the attack and have not commented on that,” he said. “It continues to be under investigation by the FBI [Federal Bureau of Investigation] and we would leave the speculation to others.”

That said, it has been reported that the US government has traced all of these attacks to China.

Recent data breach attacks, including the Vivacity data breach and Connexion data breach, are reflective of a shift in targets, according to cyber attack experts. The attacks to the data systems of the federal OPM notwithstanding, it seems apparent that hackers are increasingly shifting their targets to health insurers in part due to the breadth of information available from the health records of clients.

The goal of cyber attackers in recent months, according to claims appearing in the New York Times, is to amass a huge trove of data on Americans.

Given such a headline as “Premera Blue Cross Reports Data Breach of 11 Million Accounts,” it appears they have a good start. While it might be a “win” for the hackers involved acquiring such data surreptitiously and illegally, it remains a huge loss in both privacy and peace of mind for millions of Americans who entrust their personal information to insurance providers, who, in turn, require such information in order to provide service. Consumers and clients also have historically assumed that such providers have taken steps to ensure their personal information is secure.

When it isn’t - and it takes eight months for a cyber attack to be identified - consumers have little recourse than to launch a Premera cyber attack lawsuit in order to achieve compensation for the breach, and as a hedge for the possibility of ample frustration down the road were the breach to evolve in a full-blown identity theft.

To that end, five class-action data breach lawsuits have been filed in US District Court for the District of Seattle. According to reports, two of the five lawsuits allege that Premera was warned in an April 2014 draft audit by the OPM that its IT systems “were vulnerable to attack because of inadequate severity precautions,” according to the text of the lawsuits.

Tennielle Cossey et al. vs. Premera asserts that the audit in question, “identified… vulnerabilities related to Premera’s failure to implement critical security patches and software updates, and warned that ‘failure to promptly install important updates increases the risk that vulnerabilities will not be.’

“If the [OPM] audit were not enough, the events of 2014 alone should have placed Premera on notice of the need to improve its cyber security systems.”

Moving forward, Premera Blue Cross data breach lawsuits are being consolidated into multidistrict litigation, given the number of Americans affected and their various locations across the country. An initial case management conference has been scheduled for August 7.

If you or a loved one have suffered losses in this case, please click the link below and your complaint will be sent to an internet/technology lawyer who may evaluate your Premera Blue Cross Reports Data Breach claim at no cost or obligation.
Request Legal Help Now

Posted by
Kathleen Lavin
on September 25, 2015
In June of 2015 I had identify theft because of the premema cyber attach. I missed days of work and spent countless hours trying to call all the creditor and file police and FTC reports. I now have to have a special password associated with my name which means when I am pulled over by the police or go through passport control, I have to be questioned to prove my identity.