James Sullivan took Fen-Phen for three years. He knew about the lawsuits against this diet drug in the late 1990s but didn't pursue it because he lost weight, he was feeling great. "I wasn't diagnosed with Primary Pulmonary Hypertension (better known as PPH) until November, 2006," he says. Now he plans to get involved in a PPH lawsuit.

"Pior to me taking Fen-Phen, there were no signs of PPH," says 45-year-old Sullivan. "The whole time I took it I was feeling great, mainly because I lost so much weight—up to 30 lbs in six weeks, but I was also working out at the same time. 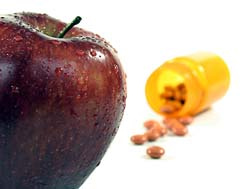 This diagnosis surprised me, I'd never even heard of PPH. I went to my doctor complaining of shortness of breath and a lot of fatigue—I just couldn't get enough sleep—and I was having chest pains. I went to the VA hospital (I am a disabled vet) and while I was there, a doctor told me that Fen-Phen was a major cause of PPH.

More News
He then asked me if I had ever taken diet pills. Now I understand that this diet drug was most likely to be the cause. I already have a lymph node disease but now I am thinking that, with this issue, I really don't understand why any doctor would prescribe it to me. They should have known because I had a lung disease already, so taking Fen-Phen made me a walking time bomb. As late as 2006 I was taking fenturmine ( the fen in phen-fen) to keep my weight down. Now my weight is the least of my problems. I have terrible breathing problems and have a $4,000 per month prescription for PPH. The VA pays a large portion but I still pay a good chunk of that bill.

I hope the government cracks down on these companies and makes them do more thorough research before allowing people to become guinea pigs."

PPH is a condition whereby the blood vessels that surround the heart become constricted, thereby increasing the pressure on the circulatory system. PPH is known to be caused by several things, one of which is Fen-Phen. The diet drug that was pulled from the shelves after the link was discovered.

PPH has been a relatively rare disease, with only about 300 known cases reported per year. However, the numbers are increasing: in 2000, more than 160,000 patients discharged from hospitals were diagnosed with PPH and more than 3,000 people die each year from PPH.