"Losing Weight wasn't worth taking Fen-Phen: PPH was the Outcome"

Margaret was given a script for Fen-phen and took it every day for two years, right up until it was pulled from the market. "It worked, I lost 100lbs," she says, "but in retrospect, this drug is so dangerous that I wouldn't have taken it had I known that PPH (Primary Pulmonary Hypertension) would ultimately be the outcome." 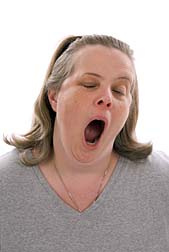 "This drug made me so sick I wonder why I took it for two years, it just wasn't worth losing all that weight," says Margaret. "And after I stopped taking it, the pounds came back, fast. The only reason I stopped taking Fen-phen was because it was taken off the market; god knows what could have happened if I (and countless others) kept taking it.

"I was in good shape except for my excess weight; I certainly never had any breathing problems or any issues with my heart. I was a nursing assistant and we had mandatory physical check-ups every year and every year I had a clean bill of health. But around the end of 1997, I started feeling really bad.

I couldn't breathe and felt drawn out, exhausted all the time. And I was retaining a lot of fluid. I saw my doctor and he ordered several tests: first I had an echo-cardiogram and blood tests but nothing showed up. I continued working but felt so uncomfortable and lousy all the time. Finally I had to quit work in 2000—I was at my wit's end.

I went back to the doctor and he sent me to a specialist. This time I had the same tests as before but also a cardiac catheterization, apparently the 'gold standard' for diagnosing PPH. Sure enough, I was diagnosed with the disease.

I finally got on disability after I was diagnosed with PPH. My financial problems were bad but my health was worse and rapidly going downhill. I went to a heart specialist and he said I was in such bad shape that I may not live long enough to draw social security. He wrote a note and sent it into the social security office—I didn't have to wait.

I had to go on a low-sodium diet and a cocktail of drugs, including Lasix. I gradually started to feel better but not well enough to go back to work. Now I just stay at home.

I used to work for hospice and it was very rewarding, mentally and physically. Even though the patients were going to die, they gave me something to live for, I was helping people. Now I can't do anything, I can't even help myself, and it just isn't fair. How can a drug company put something on the market and do this much damage?

My sister also took Fen-phen and she had an echo-cardiogram. A lawyer helped her with a lawsuit and she ended up with $34,000; my sister was diagnosed with mitral valve regurgitation. She now lives in Tucson but we used to live together and we took the diet drugs together. She has the same problems as me--her legs swell and she has trouble breathing--but she can still work, she has a sedentary job.

Anyway, we both joined a class action lawsuit against Wyeth and American Home Products, the drug makers, but I was never called back because I didn't qualify at that time. But I qualify now, and I am worse than my sister. I am 11 years older than her. When I turned 52 everything started going downhill; it got to the point that I didn't care if I lived or died. I was in a wheelchair and couldn't even go outside because my legs would swell so bad. I used to work like a horse, more than 40 hours a week, and now I can't do anything, it is so depressing and it has just about ruined me financially.

I can get out now with a rolling walker but I get tired easily, usually after about 15 minutes and have to sit down. What quality of life is that? If only I had known…"