Hope for Patients with PAH/PPH

Patients who suffer from pulmonary arterial hypertension (PAH—formerly known as primary pulmonary hypertension, or PPH) may have some hope that their disease can be treated. A new drug has been developed and early studies show that patients with PAH can benefit from using the drug.

The new drug, known as Ambrisentan, works by blocking the action of a naturally occurring vasoconstrictor, which can cause severe narrowing of the blood vessels. Ambrisentan essentially prevents vasoconstriction from occurring. Clinical trials conducted so far indicate that Ambrisentan appears to be an effective treatment of PAH/PPH. 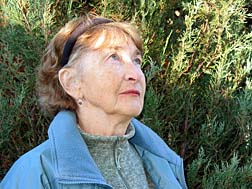 So far, there is no known cure for PAH/PPH. Patients who develop PAH/PPH simply experience a gradual degrading of their health, including difficulty breathing, difficulty with any activity and dizziness, which over time results in death. Initially when PAH/PPH was discovered, patients on average lived for only three years after diagnosis. With medical progress patients now have longer between onset and death.

However, it should be noted that PAH/PPH is still a life-threatening disorder. Many patients who develop PAH/PPH suffer from greatly diminished exercise capacity, and the right heart function is impaired in most patients. Though patients with PAH/PPH survive longer, their quality of life is severely diminished.

Pulmonary arterial hypertension is usually diagnosed when the "at rest" arterial blood pressure is higher than 25 mmHg. PAH/PPH has been linked to some diet drugs, including Fen Phen, Pondimin (fenfluramine) and Aminorex. Fen Phen has also been linked to a valve disorder that, if left untreated, can result in congestive heart failure.

Patients who developed PAH/PPH after taking diet drugs are filing lawsuits against the makers of the diet drugs, alleging they did not inform the public about the serious risks such drugs were associated with. Some lawsuits have been settled while others have seen jury awards of millions of dollars.