In 2006, Margaret was prescribed phentermine (the "phen" in Fen Phen) to lose weight and it worked—she lost about 90 lbs. But after taking the diet drug for about one year, she wound up in the hospital. "My whole body was swollen, I had severe chest pains and I had trouble breathing," she says. At first, doctors thought she was having an allergy attack but after a battery of tests, she was diagnosed with Primary Pulmonary Hypertension (PPH).

"I was in the hospital for five or six days when they finally diagnosed PPH," says Margaret. . "I was surprised because I was basically healthy up until that point—not even allergies. And there is nothing like this in my family. I am 38 years old and went to the gym every day. I ran my own business and took care of my six kids—you can imagine how much this has changed my life. 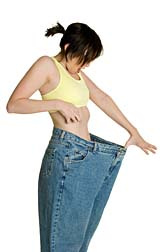 "I stayed in hospital for another week and was referred to a pulmonary doctor. The first thing the PPH specialist asked me was if I had ever taken diet drugs. He ordered even more tests and I am still waiting for one more to determine how much damage it has already caused. The specialist doesn't really know how serious this is. I had an ultrasound and x-rays while I was in the hospital and that is how they determined I have PPH. I hadn't even heard of this disease before."

(PPH is a rare blood vessel disorder in which blood pressure in the pulmonary artery which connects the heart to the lungs rises to dangerously high levels. It can sometimes be fatal.)

"My husband has pretty much taken over the business--we have a used appliance store and it's too much for me to handle now because I can barely work more than a few hours at a time," says Margaret. "I have three teenagers and three little ones so the older kids pitch in—otherwise I would have to pay for day care.

Next up, the specialist is sending me to the PPH clinic at UC Davis hospital and we will go from there. And I am exploring a PPH lawsuit through your site.

When I started to research this disease, I couldn't believe there are so many people who are sick from these diet drugs. I was overweight and actually lost 90 lbs while I took the drug, but I regret taking it now."

In May, 2005 one maker of Phentermine, Able Laboratories of Cranbury, NJ, recalled its product. According to the FDA website, the manufacturer ceased all production because of serious concerns that they were not produced according to quality assurance standards. However, Phentermine is still on the market and readily available on numerous websites.

For some, the settlement came too late. Brian R. lost his best friend to PPH. "She had a stroke one year ago and died in June," he says. "She received her settlement in December, 2006 but had the stroke four months later.

More News
"She was healthy as a horse until she took PPH. Then she developed high blood pressure, then pulmonary hypertension. Next thing, her mitral valve was damaged and she had it replaced. She was a very vibrant, lovely person who was taken from earth way too early. Her husband, sons, grandsons and friends were all devastated. The sad thing also, was that she was never overweight, so she didn't even need to be taking the drug."

Large class actions against Wyeth have been settled for certain types of injuries. Now, lawsuits are focusing on Primary Pulmonary Hypertension (PPH) cases. Fen-Phen cases resulting in PPH were not part of the class action settlement from several years ago, so you may still be entitled to compensation. If you have been diagnosed with PPH, it is advisable that you seek legal help sooner than later.