Many PPH sufferers think the statute of limitations has come and gone regarding lawsuits against diet drugs Pondimin (fenfluramine) and Redux (dexfenfluramine). But you can still join a PPH class action lawsuit if PPH was linked to Fen Phen.

More than likely PPH victims were prescribed Fen Phen more than a decade ago. This diet drug is a combination of Pondimin and a mild stimulant called phentermine, which was widely used for weight loss. And it worked: In the US alone, more than 18 million prescriptions were written for this drug in 1996 alone, and approximately 6 to 7 million people took Fen Phen prior to its withdrawal in 1997. 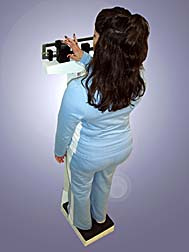 In 1996, The New England Journal of Medicine published a study on the seriousness of Fen Phen. It reported that "there is a twenty-three-fold increase in the risk of developing PPH when using Fen Phen for more than three months".

Almost a decade ago, American Home Products Corporation removed from the market its diet drugs Pondimin (fenfluramine) and Redux (dexfenfluramine). Pressure from the FDA triggered the removal after research at the Mayo Clinic in Minnesota found 24 cases of rare heart valve disease in women who were prescribed Fen Phen. After the publication of these results, the FDA received another 75 reports of Fen Phen users who developed Primary Pulmonary Hypertension or a related valvular heart disease.

Preliminary approval for a class action lawsuit was granted in November, 1999 and in August of 2000 a settlement agreement was approved. One month later, the [AHP Settlement Trust] was established and final approval was received in January, 2002 for the Nationwide Class Action Settlement Agreement with American Home Products.

More News
A lawsuit against Fen-Phen manufacturer Wyeth found the company responsible for the death of a Texas woman diagnosed with PPH. The woman's family was awarded 1.13 billion dollars to compensate for her death due to PPH, caused by taking Pondimin, a Fen-Phen diet pill.

If you have been diagnosed with Primary Pulmonary Hypertension (PPH) caused by Fen-Phen, Pondimin or Redux, you are not included in the nationwide class action settlement agreement with American Home Products; instead you can join thousands of other PPH victims and file an independent lawsuit-- a civil legal option available for victims of PPH caused by the use of Fen Phen drugs. You may be able to recover medical expenses, loss of income, pain and suffering and even compensation for death of a loved one if PPH proved fatal. (Unfortunately, time is running out for many victims diagnosed with PPH more than ten years ago—file now rather than wait any longer.)