With recent news that obesity has been declared a disease come concerns that the focus now will be on drug companies creating a pill to cure obesity. That may sound well and good, but talk to anyone who suffered from fen-phen side effects, including persistent pulmonary hypertension, after taking the fen-phen diet pill, and they will tell you that obesity drugs may not be all they are cracked up to be. 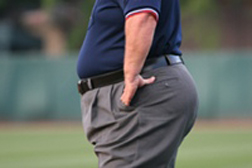 Back in the 90s, fen-phen was sold as a miracle drug, to help people lose weight. The problem was that some patients developed serious heart problems after using the diet combination drug. Heart problems such as persistent pulmonary hypertension, which can be fatal. Some of the side effects did not arise until years after the patient stopped taking the medication. Because millions of Americans used fen-phen, and because it can take a long time for side effects to arise, there could still be lawsuits regarding fen-phen on the horizon.

When the drug was pulled from the market in 1997, the US Food and Drug Administration (FDA) noted that an analysis of data showed that up to 30 percent of patients who had used fen-phen and were evaluated by a doctor had test results that suggested valvular heart disease. This high rate of potential side effects is even more surprising given that fen-phen was approved for the market after one study that involved fewer than 125 patients.

More PPH AND FEN-PHEN News
Fen-phen is actually a combination of drugs, fenfluramine (Pondimin) and phentermine, combined to suppress the patient’s appetite and prevent drowsiness. Although experts maintained that only obese patients should use the drug, millions of Americans wound up taking it.

One FDA reviewer reportedly had his concerns about fen-phen, and alleged the company that made the drug knew about the risk. Dr. Leo Lutwak, the key fen-phen reviewer for the FDA, told CBS News in 2009 that because of the covering up of information by the drug company, “the FDA had no way of predicting some of the side effects.”

Although the FDA would not let him testify in lawsuits against the drugmaker involved while he was an FDA employee, Lutwak said he would retire so he would be free to testify.

The drugmaker, American Home Products, denied that it knew about the risks.


READ ABOUT PPH AND FEN-PHEN LAWSUITS