Imagine taking a medication and finding out later that it could cause serious health problems, and even death, years and years after you have originally taken it. That is what patients who took fen-phen for weight loss are dealing with. They know they could be at risk for primary pulmonary hypertension and valve problems, and they know those problems could arise at any time. They also know there is nothing they can do to prevent these fen-phen side effects from happening, even though it’s been a decade since they took the medication. 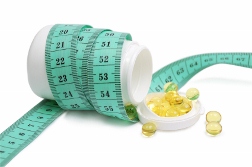 In 2012, Pfizer requested a judge throw out claims against the company, arguing that there was no scientific evidence backing up claims that fen-phen caused PPH a decade after using the drug (Bloomberg; 8/23/12). The judge refused to dismiss the case, finding that scientific evidence linking fen-phen to PPH years later did support plaintiffs’ allegations.

Settlements have been announced in some lawsuits, but those settlements do not stop new claims from coming forward, especially in cases where patients have been newly diagnosed with primary pulmonary hypertension or valve problems.

More PPH AND FEN-PHEN News
Fen-phen has also been in the news recently because a lawyer who was involved in a fen-phen lawsuit was disbarred for his role in the litigation. According to Forbes (3/21/13), the same lawsuit saw two other lawyers sent to jail while a judge lost his career.

Allegations against the lawyer were that he helped other lawyers hide their excessive fees in the lawsuit and that he accepted $20 million in fees when plaintiffs in the lawsuit only received $46 million. The lawyer defended himself, saying he was only brought in to negotiate the settlement, not to represent the plaintiffs.


READ ABOUT PPH AND FEN-PHEN LAWSUITS

Posted by
dennis huff
on April 14, 2015
I took the phen-fen pills when they came out,now every time I exert myself as in moving furniture etc.. Its like my lungs seal up. Not allowing air in, almost like suffocation. Then once my blood pressure settles, I'm back to normal. I'm actually scared of where this is all going.
Posted by
Judith nichols
on January 24, 2015
My name is Judith nichols ,I have pph in the worse way. I took phen fen in 1999. I don't think long to live from what my doctors diagnosis. Judith
Posted by
Jodi
on December 22, 2014
I took Fen Fen from 1995-1996. When they I heard on the news, that they were taking it off the market, because it was linked to heart damage, I made an appt. with a cardiologist right away. Turned out I was diagnosed with "Mitral Valve Regurgitation". I ended up settling with a law firm. I wish I didn't settle, not knowing what could happen years later. If you took this drug, you should check your heart!
Posted by
Todd Benzie
on December 21, 2014
I took Fen Phen about a decade ago...5 years ago they were sure I was having a heart attack...and they ran a device up my leg to my heart...do to spasms...
Posted by
linda
on November 11, 2013
I TOOK THIS MEDS FROM 1991 THREW 1996 SO WHY ARE YOU SAYING THAT ITS STILL GOING ON WHY HASENT SOME OE CALLED ME AND SOME ONE DID ONICE BUT CANT I BE IN THIS WILL IM TALKING TO SOME ONE BECOUSE I DID TAKE THIS DRUG