PPH Diagnosis After All These Years

Toward the end of 1990 Angela R. went to a weight loss clinic and she was prescribed Fen-Phen. "I took it for several years, on and off," says Angela. "I ignored the symptoms: swelling, fatigue. I lost weight but my legs were always red and I was very dizzy. I just wanted to lose more weight..."But she doesn't plan on ignoring a PPH class action lawsuit against diet drugs directly linked to Primary Pulmonary Hypertension (PPH).

"I lost about 20 pounds- eventually I got my weight down to 120 pounds and I am 5' 5"," says Angela. " People thought I was crazy and they had no idea I was hooked on these diet drugs because I kept it a secret. I never related these symptoms to Fen-Phen.

"In the late 1990s my health was getting worse and I had so many tests—including an echocardiogram and even one when I had to stay in the hospital overnight. 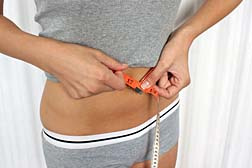 Not even when I was diagnosed with PPH did I clue in that it was because of Fen-Phen. And I couldn't figure out why I could have PPH because I was so skinny. When you think you are overweight, some people will do anything...

I didn't think anything more about it and just accepted that I had this condition. When my doctor diagnosed me with PPH, he asked if I was taking any other meds. I was embarrassed but eventually told him about taking Fen-Phen (I was still taking it) and he said not to take it anymore. He didn't know I was taking a diet drug because I had it from the clinic.

That is when I first found out about Fen-Phen, the link to PPH and the lawsuit-- through my doctor. 'You don't take medicine to lose weight', he said.

I didn't even know that it was pulled from the shelf until about 2000. Even then, I didn't contact an attorney; I must have been in denial.

More News
When I found out about the side effects from Fen-Phen and that it likely caused my PPH, I was furious. Then I started thinking about the clinic that gave me the medication. They have since moved and I don't know if they are still around. I do know that I won't ever go there again.

These days I have to be really careful regarding my health. Sometimes I am out of breath for no apparent reason and I don't have to do anything to get dizzy. When it happens, I just sit down, take a deep breath in and out and tell myself to be calm.

I still watch my weight but now I've smartened up: I wanted to be skinny - that is partly a reflection of our society. Now I watch what I eat and walk a lot. But if I walk too long, I'll get out of breath. It is scary. I kept my Fen-Phen bottle so my next step is getting legal help, even after all this time I have heard that something can be done."