It is a well known fact that certain diet drugs, now banned, have been linked to the emergence of PPH, or Primary Pulmonary Hypertension, a rare and potentially life-threatening lung disorder. However, often overlooked is the fact that prior to the very drugs under suspicion being approved in the US, published reports reveal that as many as 130 confirmed cases of PPH amongst diet drug users had emerged in Europe.

The drugs were approved anyway, and Redux (dexfenfluramine)—together with another drug, Pondimin (fenfluramine), were widely prescribed and used in combination with the drug phentermine in a cocktail known popularly as Fen-Phen. They were eventually recalled in 1997 after a study undertaken by the Mayo Clinic famously revealed hazards that no one could further deny, and the drugs were taken off the market. 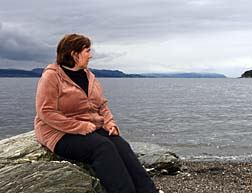 But not before upwards of six million consumers, desperate to control their weight, wolfed down the cocktail.

PPH, which more recently has been referred to as PAH (Pulmonary Arterial Hypertension), is a rare and unexplained lung disorder whereby the blood pressure levels in the pulmonary artery of the heart spikes dramatically without just cause. The American Heart Association notes that upwards of 1000 new cases of PPH / PAH are diagnosed every year, and while the disease can affect people of all ages, the predominant demographic is women between the ages of 20 and 40.

While treatment options are advancing, there is no known cure. Nor is there a known, definitive cause.

However there are links, and the now-banned Fen-Phen cocktail is one of them.

Early in 1996, the year Redux was approved by the US Food and Drug Administration (FDA), there were already well over 100 documented cases of PPH amongst diet drug users in Europe. Undaunted, American Health Products (AHP), now a subsidiary of Wyeth, aggressively lobbied to have Redux approved without being saddled with a black box warning which would, according to published reports, diminish sales by up to 50 per cent.

Despite the concerns, Redux was approved by the FDA for use in the United States in April of 1996. By the time the year was out, 18 million prescriptions for Fen-Phen had been written in the US.

While it had been suspected for some time that Fen-Phen was linked to PPH, the train really began to go off the rails a year later when a study by the famed Mayo Clinic was published in the New England Journal of Medicine.

In the report, the Mayo Clinic revealed in July of 1997 that Fen-Phen was suspected of being a contributor to heart disease, as well as PPH. The study documented the cases of 24 women from the upper Midwest with no history of heart problems. The women had taken Fen-Phen anywhere from six, to 18 months and experienced deterioration to their heart vales.

Five of the 24 women required surgery for heart valve replacement. Surgeons noted the presence of a white coating on the defective heart valves.

Prior to the study, PPH was the only real concern. However, heart valve deterioration was an unexpected finding. As valves deteriorate there is often no exterior sign, and the problem can go undiagnosed for years. Left untreated, it can lead to congestive heart failure.

Even though the Mayo study was intended for publication in the August 28th, 1997 edition of the New England Journal of Medicine, the findings were released almost two months early out of concern for public health.

More News
It would take the FDA two months to rule on Fen-Phen. After receiving additional reports of valvular heart disease amongst Fen-Phen users, the FDA requested that the powerful diet drug cocktail be recalled. Pondimin and Redux were withdrawn from the market.

By then, a number of lawsuits had already been filed, and some have proven lucrative. In April 2004, the family of a woman who died of PPH was awarded a staggering $1 billion.

Fenfluramine is an appetite suppressant, while phentermine is a mild stimulant. In combination, they equate to a powerful diet drug.

It is worth noting that the onset of PPH and valvular heart disease can be delayed for upwards of 10 years. That is why individuals who may have been using Fen-Phen at the time it was withdrawn in 1997, are just now showing signs of the disease.