When it comes to Fen-Phen, “it ain’t over til I’m over,” says Rosemary, who was recently diagnosed with primary pulmonary hypertension, or Fen-Phen PPH in Fen-Phen consumers. 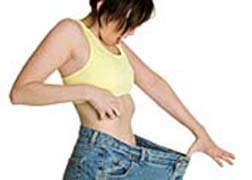 Even though Rosemary settled with Wyeth in 2007, her injuries have worsened - she settled when her complaint and diagnosis was mitral valve regurgitation. Linda, age 51, is in the same boat: she filed a claim against American Home Products Corp (AHP) and received a $500 settlement in 2000: at the time, Linda didn’t have any symptoms. A few years ago, Linda’s attorney advised that she get an ECG, and sure enough, she too has mitral valve regurgitation.

“Sometimes when I walk to church I have to stop due to shortness of breath and my heart palpations will run away on me,” says Linda. “It feels crazy scary and I can’t help but think I am getting more serious fen-phen symptoms. I wish I wasn’t so vain and naïve when I was in my 20s.

“Back in the 1970s I wanted to lose some weight so my friend introduced me to a doctor who had helped her lose at least 20 lbs. This diet doctor told me to stay off meats and dairy and just eat raw foods, along with the fen-phen pills.

“I went to the doctor every week: He weighed me and logged the results. He never checked my vitals. He just told me to step on the scale. I lost 50 lbs within a few months; I was hanging around 170 lbs because I had just had a baby. I’m only 5' 1" and usually weighed 125 lbs, but I was exercising and only eating lots of green leafy vegetables and fresh fruit. I was burning up everything I was eating, and those pills were just melting away the fat.

“I continued taking fen-phen until the end of 1979. I remember this date because I started another job and it was too far away for me to see the diet doctor again. I didn’t bother getting refills - in hindsight that could have prevented me from developing PPH. And I had lost enough weight.

More FEN-PHEN News
“I filed a claim when my cousin phoned and told me that she had received a huge fen-phen settlement, but she was also diagnosed with PPH. Since that time, I have been doing some research and it looks like I can file another claim against AHP.” Linda is right - Fen-Phen lawsuits are still pending and are still being settled.

To be eligible for a Fen-Phen valvular claim, Linda must be a “timely registered Seventh Amendment Class Member, determined to be FDA Positive after usage but before the January 3, 2003 deadline,” and she must have submitted all of the required documentation to AHP (now Wyeth). Her qualifying event or condition must have occurred on or before December 31, 2011. Linda and other Fen-Phen consumers with valve damage now have until December 31, 2015, to file a claim.

If you or a loved one have suffered losses in this case, please click the link below and your complaint will be sent to a drugs & medical lawyer who may evaluate your Fen-Phen claim at no cost or obligation.
Request Legal Help Now

I am now in forced early retirement like almost everybody my age without any medical benefits and would like to have my heart checked again. Is there any way to do this?

Posted by
vince buono
on May 26, 2013
I was part of the original lawsuit and now think I have PPH. Do you think you can help me with this?