PORTER RANCH, Calif., Jan. 06, 2016 (GLOBE NEWSWIRE) (Press Release): After a tremendous grassroots effort on the part of Porter Ranch residents, Governor Jerry Brown has finally declared a state of emergency following a massive gas well blowout at the Aliso Canyon Underground Storage Facility. The failed well, owned and operated by SoCalGas, has continued to spew noxious gas into the hillside community since October 2015. For nearly three months, hundreds of residents and their pets have been sickened with nosebleeds, headaches, dizziness and vomiting and thousands of families have been displaced from their homes as a result of the well failure. 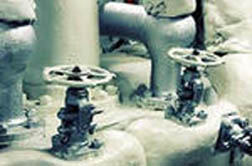 “We’re unsure why it took Governor Brown so long to address the crisis facing the residents of Porter Ranch but we welcome his involvement and look forward to working with him as we seek to remedy this environmental catastrophe and prevent it from ever happening again,” said attorney Brian Panish.

After months of inaction, Governor Brown’s proclamation comes as a relief to the Katz family who has been lobbying for action from the state official since the beginning. Christine Katz and her husband Brian started an online petition in December 2015 demanding the governor take notice by declaring a state of emergency, enabling residents with provisions to help them combat the detrimental effects of the gas well blowout.

“We are grateful Governor Brown declared an emergency,” Christine Katz said. “It is an important first step to protect Porter Ranch families and we welcome the governor to meet with our family to see firsthand how we've been impacted by SoCalGas's negligence.”

A detailed summary of the State of Emergency proclamation can be found here.

“This is great news for the families of Porter Ranch,” said attorney R. Rex Parris who represents Save Porter Ranch and members of the Porter Ranch community. “On a daily basis, the SoCalGas well blowout is discharging enough methane gas to generate electricity to power over 1,000,000 homes.”

The Aliso Canyon gas well blowout was caused by an injection well failure that continues to send natural gas mixed with various other chemicals including benzene (a known carcinogen) hydrogen sulfide, sulfur dioxide, and methane into the air above Porter Ranch and neighboring communities.

SoCalGas recently admitted that the company had removed a safety valve from the failed well in 1979 that may have aided in stopping the ongoing flow of gas. The valve, as explained by SoCalGas Executive Rodger Schwecke in an interview with LA Weekly, was old, leaking and difficult to find, which now calls into question the overall safety and maintenance of the Aliso Canyon Underground Storage Facility.

For more information and to view the massive amount of poisonous gas being emitted by the shocking and unprecedented well failure, visit www.porterranchlawsuit.com.

Kennedy & Madonna, LLP is an environmental law firm that specializes in representing communities that have been impacted by pollution. The firm uses a variety of legal tools including federal citizen suits, administrative challenges, and tort law to hold polluters accountable for their actions. The firm was formed in 2000 by founding partners Robert F. Kennedy, Jr. and Kevin J. Madonna. For more information, visit www.kennedymadonna.com

Panish Shea & Boyle LLP is a plaintiff’s personal injury law firm that takes on large corporations and government entities whose negligence causes our clients’ injuries and holds them accountable. In June 2014, Panish Shea & Boyle obtained at $19.8 million jury verdict to a man who suffered severe burn and traumatic brain injuries when his rental home exploded as a result of a Southern California Gas Company's negligence. In 2008, the firm obtained a $15 million jury verdict against SoCalGas for a 14-year-old boy who was hit by a company truck. Panish Shea & Boyle LLP also represented numerous plaintiffs in the San Bruno PG&E gas explosion cases. Our attorneys are and have always been champions of consumer rights. The size, clout or financial strength of wrongdoers is never a deterrent to our pursuit for justice. For more information, visit www.psblaw.com

More PORTER RANCH GAS LEAK News
Morgan & Morgan is one of the largest exclusively plaintiffs’ law firms in the US, with 32 offices throughout the country. The firm handles cases nationally and has been a leader in cases such as the BP Oil spill and Chinese Drywall litigation. We have over 300 lawyers with years of experience involving personal injury, medical malpractice, consumer class action, and securities fraud - as well as complex litigation against drug and medical device manufacturers. For more information, visit www.forthepeople.com

For over 30 years, R. Rex Parris has devoted his practice to protecting the rights of injured people and aggrieved workers. With over $1.1 Billion recovered on behalf of clients, Rex and his dedicated team has the experience and track record necessary to help families in need. The R. Rex Parris Law Firm provides thorough, high-quality representation with integrity and compassion. These lawyers fight aggressively to ensure their clients get the compensation they deserve.

Posted by
BobbyFontaine
on January 8, 2016
Don't get fooled by greenhouse gas comparisons between methane (CH4) and carbon dioxide, CH4 is much worse, the bigger story being how CH4 is a short term gas; CO2 is long term. CH4 has an immediate effect on weather as it's emitted because of its volatile reactions with atmospheric water vapor. The government does not like to focus on this fact. They fear focusing on CH4 will end weather pattern changes that point to climate change, and if that happens, support for dealing with CO2 will wain.

They will blame our warm winter weather and unseasonable storm systems currently flooding the Midwest, Europe, and now California, on CO2 driven global warming when it's primarily caused by this gas leak, not just the leak but their failed attempts to remedy it. When they slow the flow of gas, they lessen the stream of CH4 carrying inordinate amounts of water vapor into the upper atmosphere. This allows the inordinate amount it's already pushed there to begin to come back down. The flooding we've witnessed over the last week is just a taste of what will follow when they abruptly shut it down instead of slowly over a few week period.

What goes up must come back down, just not all at once, especially during the winter when it comes down hard and heavy because of the cold. Don't believe me, ask professor Drew Shindell (drew.shindell@duke.edu ) formerly of NASA, or look at NOAA and NASA satellite data going back to when the gas leak began showing where the gas migrated and increases in atmospheric water vapor over those regions.

The politics of global warming on both sides is based in falsehoods, This is misleading us into a cataclysmic unnatural disaster they will both try to capitalize on in the upcoming election year while the rest of us get crushed by their ignorance and oversight.