The Porter Ranch SoCalGas Leak disaster is of such major proportions, it’s getting international attention. To that end, the Canadian Broadcasting Corporation (CBC 12/31/15) is all over it, with audio, video and print stories reverberating across the Great White North on New Year’s Eve. 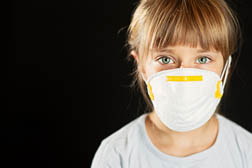 And little wonder. Just yesterday California Governor Jerry Brown declared an official state of emergency with regard to the “prolonged and continuing” nature of the gas blowout. Already, thousands of households have been relocated away from the leak, due to health issues. SoCalGas is footing the bill for that.

Los Angeles County and the LA School Board didn’t wait for Brown’s announcement, previously declaring the crisis an emergency and relocating students from two neighborhood schools within the leak envelope.

Yesterday, Los Angeles Councilman Mitchell Englander called the Porter Ranch Gas Leak disaster
“one of the most devastating environmental disasters in the history of California.”

He isn’t alone in that assessment.

“The amount of methane and natural gas that’s coming out of the Aliso Canyon facility really is probably one of the largest volumes of gas ever recorded from a single leak,” says Tim O’Connor, an oil and gas specialist with the nonprofit Environmental Defense Fund (EDF), in comments published by the CBC.

Residents of Porter Ranch probably don’t care about the international attention. With hundreds of families evacuated to safe zones beyond the acrid, rotten-eggs smell of natural gas that has nauseated many (and having spoiled both their Thanksgiving, and yuletide celebrations), an increasing number have become involved in a Porter Ranch lawsuit.

But stemming the leak could take months.

“We have tried [pumping in fluids] seven times and have been unsuccessful in trying to stop the leak,” said SoCalGas spokesman Michael Mizrahi, in comments to the CBC. “I have to say more than likely it’s [because] the pressures that are coming up from the leaking well are so intense.”

The utility is now in the throes of drilling a relief well, which will hopefully facilitate a permanent seal to the leak. But even with all going well, that could take up to four months.

The gas has been leaking since October.

The Porter Ranch SoCal Gas Leak disaster, while it can’t be seen with the naked eye, is nonetheless a serious threat to the environment, say various experts. While no one can say for sure just how much gas has escaped since October and continues to make its way into the atmosphere, environmentalists told the CBC that the effect is comparable to the emissions from up to seven million tailpipes daily.

“Methane is a very potent greenhouse gas; over the first 20 years it’s released, it has a climate impact 84 times that of carbon dioxide,” said O’Connor. “There’s no telling what the far reaches of the overall end results are going to be. Air quality, public health, ecological - it’s all on the table.”

Observers have noted that without wind, the gas goes straight up into the atmosphere and it’s hard to discern the smell from less than a mile out of Porter Ranch.

That all changes when the wind shifts. Then, the rotten-eggs smell - an odorant added to the normally odorless natural gas in order to afford gas technicians and consumers to detect a gas leak - becomes overpowering.

More PORTER RANCH GAS LEAK News
“I’ve had migraine headaches…itchy eyes, and runny nose 24/7,” Porter Ranch resident Laurie Rosenberg told the CBC. “And the two schools in the area that my grandsons go to are closed. So I think there’s more up there than they’re really willing to admit. I’m not really confident about the long-term effects of this.”

Some have also made the point that the gas leak is affecting the health of their pets. Kyle Norman, another resident of Porter Ranch, noted the two family dogs had been vomiting more than usual.

How bad is it?

The airspace above Porter Ranch has been deemed a no-fly zone by the Federal Aviation Administration (FAA), due to a risk that a plane flying overhead could ignite methane gas. It’s a small risk to be sure, but a risk just the same.

In the meantime, Porter Ranch residents displaced by the leak - or those who are plugging their noses and hanging in - continue to line up to file a Porter Ranch lawsuit.