Porter Ranch Family “Prisoners in Their Own Home”

Even though SoCalGas has notified Porter Ranch gas leak victims who were relocated that they have to move back home by the March 17 deadline, Judy Ly and her family don’t believe it’s safe. “I think it’s just a matter of time until another well leaks, and we have risked enough of our health,” says Judy.
“And we plan on selling our home, even at a loss. SoCalGas made the decision for us.” 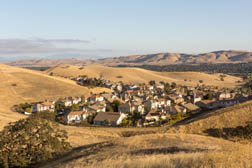 Although the Southern California Gas Company (SoCalGas) has already extended the deadline for relocated residents to move back to their homes, the Los Angeles City Attorney’s office is asking for an extension of the “temporary housing program,” which meant one room and a kitchenette at an Extended Stay America for Judy, her husband Brandon, their 20-year-old son and three dogs.

At least Judy and her family had a kitchenette. SoCalGas offered the Katz family a one-bedroom hotel without a kitchen. “They knew we have five kids and two dogs,” said Christine Katz. “How can seven of us fit into one room? How can I feed my kids without a kitchen?” (Attorney R. Rex Parris, who has filed a Porter Ranch gas leak lawsuit on behalf of victims, said that “Families need a house, not a hotel room.” He arranged a house for the Katz family to temporarily relocate.)

Judy and her family experienced health problems possibly stemming from a gas leak at the end of September, but they didn’t “connect the dots” until November. Her husband noticed a strange odor before SoCalGas confirmed the massive methane gas leak on October 23. “Brandon came home from work and thought I’d left the stove on,” Judy says. “Our dogs were getting sick - throwing up and diarrhea. And my son got sick.

“Some time in November I started to feel lethargic and I’d often wake up with migraine. I started popping Advils before I got out of bed.” Brandon was worried about Judy - although her cancer was in remission, he didn’t want her to get stressed out and get sick again. Staying in the house was making her worse so Judy went to her parents’ home in Burbank on weekends, but she felt guilty leaving Brandon, her son and the dogs behind.

Living arrangements changed when they attended a Porter Ranch house meeting and found out that people were being relocated. “At that church gathering, only one person in a crowd of hundreds put up her hand when asked if we knew about the SoCalGas wells.”

Brandon called SoCalGas to relocate but there was a long waiting list. He called again and told them Judy was in remission from cancer, the leak was making her sick and “they’d better find a way to get us on top of that list.” A week later they were in the one-room hotel. Judy told SoCalGas the conditions were unacceptable so they moved to a Marriot, without a kitchen, without a Christmas tree. Judy gained 10 lbs.

“We went back home but it didn’t feel safe, and it didn’t feel like home anymore,” Judy says, her voice shaky, “so we checked into the Sheraton at Universal. I loved living at Porter Ranch - it was secure and safe. But no one told us that we were sitting on those wells.

“We were, we are, so pissed off. We are the BP oil spill, we are the ducks. You just can’t see the oil on us. I believe this problem isn’t over - what if another well leaks? We know our property value has taken a bit hit, but even at a loss, we plan on moving. Brandon offered our house to SoCalGas, which was a gesture of anger and frustration. We’re all on an emotional roller coaster: we’ve been angry and sad, and displaced.”

Here is a SoCalGas Letter to Relocated Residents, dated March 16, 2016.

SoCalGas also understands that a big part of the return home is ensuring that residents feel comfortable doing so. In response to concerns from residents and to provide additional reassurance about indoor air quality, the company is completing independent indoor air screening for methane and mercaptans at a sampling of households near the storage facility. SoCalGas will share the results of that screening with the Los Angeles County Department of Public Health by the end of this week.

SoCalGas is also assessing and cleaning reported residue on the exterior and interior of more than 200 homes and has completed cleaning at four public parks, private schools, and community playgrounds.