California Governor Jerry Brown has declared a state of emergency after visiting Porter Ranch, the site of an uncontrolled and ongoing methane gas leak, and has ordered increased inspections at similar facilities in the state. 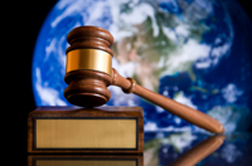 The gas is leaking from the Aliso Canyon storage facility near Porter Ranch. A broken pipe that connects to an underground abandoned oil field that has been used to store up to 86 billion cubic feet of natural gas since the 1970s is the cause of the eruption. It began leaking on October 23, 2015.

The owners of the storage facility, Southern California Gas (SoCal) has been unsuccessful at attempts to contain the situation.

Concerned about potential health effects, some 2,200 people packed up and left the area in mid-December, although some people still remain in their homes there. Many of the residents have reported headaches, nosebleeds and nausea, which they believe are related to the excessive release of gas.

There may be other consequences for members of the community. Veteran environmental lawyer David Giannotti, from David Giannotti, A Professional Corporation, says without a doubt that people in the community will be looking at compensation and likely a complex and long litigation against the owners of the methane gas storage facility, SoCal, a subsidiary of Sempra Energy.


“I think there are going to be a number of parties that are going to be ‘in the dock’ so to speak, says Giannotti.
“I would imagine in addition to SoCal, they may be looking at whoever made the equipment. There are many issues for the people in the neighborhood. What are the health effects, effects on property values? This is going to be a difficult situation.”

It is estimated that the Aliso Canyon storage facility’s broken pipe is allowing some 1,200 tons of methane to leak into the air every day. The gas contains a number of chemicals including mercaptan, methyl mercaptan (the rotten-egg smell) and chemical compounds such as benzene.

SoCal estimates that it could take until the end of March to contain the gas. In the meantime the company is offering home air purifiers and home air-cleaning equipment free of charge for people in the area.

More PORTER RANCH GAS LEAK News
Attorney Matthew Preusch, from the Los Angeles law firm of Keller Rohrback, is currently looking into the situation on behalf of clients, but says he cannot make further comment at this time.

“This leak has been a state of emergency for the Porter Ranch community and the climate since day one. Governor Brown is right to call it such and to shut down the facility until it is made safe,” says Mark Brownstein, Vice President, Climate & Energy from the Environmental Defense Fund.

“Eyes are now open to the world’s methane problem. Leaks from the oil and gas industry occur every day, and Aliso Canyon is an extreme example of what can happen when companies don’t properly monitor and maintain aging oil and gas infrastructure,” he said in a press release.