News reports suggest some form of turbulence caused the Air Canada emergency landing last week, on what was supposed to be a routine flight from Victoria to Toronto with some 83 passengers on board. Ten people were injured when the plane first rolled its wings from side to side, and then dropped dramatically. The Air Canada Airbus then made an emergency landing in Calgary where the injured were taken to hospital.

The turbulence responsible for this horrifying experience for passengers could have been 'wake turbulence' or perhaps a 'mountain wave.' The Transportation Safety Board (TSB) is still investigating.

Wake turbulence is the result of disturbed air traveling from the top and the bottom of the wing from another aircraft. It creates what have been described as swirling tornadoes behind it, which can impact other airplanes traveling behind or even below it. 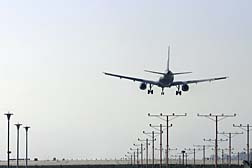 A mountain wave is another external force where air goes up one side of a mountain and down the other, causing waves of standing air to flow for several kilometers. This wave could have flowed into the AC190's path.

More News
There is some speculation that the former—wake turbulence—caused this event and the TSB has asked the US National Transportation safety Board for its air traffic flight data recordings for the area of northern Washington State, including civilian and military aircraft.

The U.S. National TSB is looking at a United Airlines aircraft that was flying in the area just ahead of the Air Canada flight. It will analyze the flight data recorder of the United airplane and pass on raw data to the Canadians. A preliminary report is due fro the Canadian TSB at the end of this month.

Whatever the cause of the turbulence, passengers on Flight AC190 were frightened, and some feared for their lives. Ten were injured. We all need answers.