Plane Crash: It Happens in Threes

While it might be true that more people die in automobile crashes than in air accidents, there seems to be an increasing number of planes running into distress, resulting in death or disaster for those unlucky enough to be on board when the plane either falls from the sky, or refuses to get off the ground.

Case in point: a pilot lost his life just this morning when the cargo plane he was attempting to fly crashed during takeoff at Barnstable Municipal Airport at Hyannis. 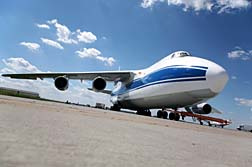 According to a spokesperson with the Federal Aviation Administration (FAA) the plane was 500 feet down the runway when it crashed just after 10am this morning. Although it was not known if the plane was in the air, or had wheels still on the tarmac at the point of impact, it is known that the pilot, who was not identified, was the only person in the cargo plane when it crashed. The plane was owned by Wiggins Airways of Manchester, New Hampshire.

Meantime, a few hours earlier a small plane attempting to make an emergency landing on a busy highway in Salt Lake City slammed into a semi tractor-trailer in the midst of the morning commute. One can imagine the reaction of the startled drivers heading along State Road 191 north of Vernal upon seeing the small plane attempt to land. It was just after 8am when the aircraft crashed into the truck while attempting to make an emergency landing along northbound State Road 191 at Mile Post 360 just north of the Steiner Reservoir when it locked horns with the semi, which was traveling southbound. Upon impact the left wing of the plane sheered off, and the remainder of the fuselage spun around, hitting the back of the truck.

Two passengers on the plane were rushed to Ashley Regional Medical Center with moderate injuries that appeared not to be life-threatening, according to Utah State troopers at the scene. The driver of the truck was not injured, nor were any other motorists on the busy highway this morning, save for having been treated to a good scare.

They were lucky, but that can't be said for the two occupants of a small plane that went down Tuesday just south of Dayton, Ohio. According to various media reports, the crash happened just after 10:30am yesterday across from the Great Miami River from the Moraine Air Park, off Interstate 75. One person did not survive, while the other occupant was airlifted to Miami Valley Hospital with life-threatening injuries.

No one on the ground was injured.

More AIRPLANE CRASH News
Given the increased popularity, and affordability of small aircraft—together with rising fuel prices and definitive changes in weather patterns, one has to wonder if we will be seeing more air disasters in the months, and years to come. Skyrocketing fuel prices might cause some unwise pilots to cut reserves too close to the line, and increasingly unpredictable weather may see inexperienced pilots taking more chances in the air, rather than wind up grounded due to bad weather yet again.

While it is still far too early to tell just what may have been behind the three crashes articulated here, the fact remains that planes appear to be falling out of the sky with increasing regularity.

Thus the risk of death or injury either piloting, or riding in aircraft, is also increased.