The Tragedy of Plane Crashes

Plane crashes happen. They are a sad but true fact of life. Some plane crashes occur entirely by accident, through no fault of any person or organization. However, all too frequently they are the result of an error: an error in judgment, an error in design or even an error in maintenance.

If the parties that design, build, maintain and operate the planes would learn that there is too much risk involved in taking shortcuts, perhaps fewer people would have their lives turned upside down by plane crashes. Unfortunately, with planes as with many things in life, profits come before people. And that means that sometimes shortcuts are taken, with all too tragic results. 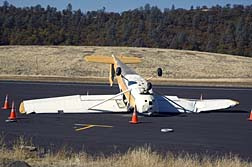 If planes simply broke down on the runway, before they left the gate, injuries would be quite minimal. Of course, most plane accidents occur when the plane is well off the ground and traveling at a high speed, making the potential for serious and even death that much greater. This is why, more often then not, plane crashes involve fatalities.

People who have had loved ones die in plane crashes are filing lawsuits against the parties responsible for those accidents. The list of defendants can include a variety of people and organizations: pilots, flight crew, air traffic controllers, maintenance people, plane owners and operators, airlines, ground crew and airport management. In many plane crashes, more than one party is at fault.

Recently, the family members of six people who died in a plane crash received $13 million in their lawsuit. The lawsuit was filed against the plane's owner and manufacturer alleging the plane suffered from system failures.

A different lawsuit resulted in a four million dollar award to the family of a man who died in a plane crash in Arkansas. The family alleged that engine failure caused the plane crash and sued the engine's manufacturer.

More News
Meanwhile, the family of a man killed in a plane crash has filed a wrongful death lawsuit against the pilot, the plane's engine designer and the marketing company that owned the plane. The suit alleges that the defendants committed "gross negligence," which caused the crash to occur. The National Transportation Safety Board found that the pilot misread clearances before takeoff and also found that the plane was overweight.

In an unrelated matter, the parents of a 15 year old girl who died in a plane crash filed a wrongful death lawsuit against the local school system and the pilot's employer. The lawsuit alleges that officials knew or should have known the pilot had a history of unsafe conduct.

Plane crashes are often tragic events that forever change a person's life. Unfortunately, they are often the cause of some form of human error. In some cases, they are caused by companies looking to save a little money by not following all safety procedures or maintenance protocols.

If you or someone you love was involved in a plane crash, contact a lawyer to discuss your legal options.