"Smaller planes and general aviation (all flights that don't involve the military or scheduled flights—both private and commercial) are rapidly increasing," says Curtis.
General aviation can include a wide range of aviation flights--from powered parachutes to gliders--and the vast majority are unsophisticated aircraft--single engine, single pilot. 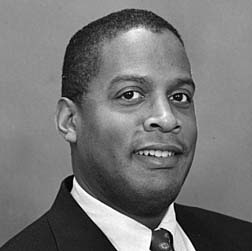 "Although most of these aircraft are capable of flying under instrument flight rules, most general aviation flying happens under a less restrictive set of rules," Curtis explains. "The rules changed a few years back and became less strict at the lowest end. The Federal Aviation Administration (FAA) states that to obtain a recreational pilot's certificate you have to be 17 years old, pass a written exam and flying test and then you can fly small aircraft (12,500 lbs total weight of airplane and single engine).

"Compare those figures to the highest level of training required in aircraft (sophisticated airliners such as 747s): in 2006, general aviation had an accident rate 50 times greater and when it comes to fatal accidents, the difference was 120 times greater.

Why? The difference in safety is at every level of operations, from the level of maintenance to the human element. For instance, a sophisticated aircraft will have two or three pilots; general aviation has one pilot. And there is a huge gap in training.

"The difference in training necessary to fly is substantial," says Curtis. "The lowest level only requires a minimum of 40-50 flying hours compared to an airline transport pilot: 1,500 hours minimum and usually with many years of training on small aircraft.

More News
"And this is the reality: there is strong public support to keep general aviation open, with easy access. There are literally thousands of airports around the country where you can fly, land and take off without paying a dime. Also, there is a tradition of keeping closed as few barriers as possible for a low level pilot, including a basic age limit and medical requirements.

"Airline pilots have to go through an extensive medical exam every six months, but not so for general aviation," says Curtis. For example, a pilot can be partially blind or partially deaf and still be able to fly. A pilot can also be very young or even a centenarian, as long as they pass a medical certificate that only has to be updated every two years. It is possible that, within that two year span, a pilot could be medically unqualified to fly. Next time you fly general aviation, you may want to check the pilot's flight history and medical certificate.