Pilot fatigue is not uncommon, but the public generally becomes aware of this problem only when it results in a plane crash, as with the Buffalo, New York crash last year that killed all 49 people on board and one person on the ground. "From our union's perspective, fatigue is a major factor," says Steve, an Air Canada pilot. "But with the airline it's an issue of money." 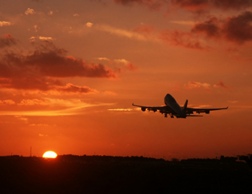 Steve (real name withheld) has been flying commercially since 1989 and has been with Air Canada for more than a decade. As a captain, Steve has seniority and can "bid" on flights. Still, so many hours must be logged within a month, and that invariably means flying different shifts that can change daily. "Last month I flew from Toronto at 8 pm to San Francisco, had a 24-hour layover and flew back at 2 am Toronto time," says Steve. "We got into Toronto at 6:15 am, and I reported back to work at 8 pm to do the whole trip again. Then I had one day off and checked in at 5 pm—it really screws up your Circadian rhythm."


"I actually zoned out: it was twilight and for a brief moment I didn't know if it was morning or night. That's when I decided to get a better job"
Irregular operations, or IRROPS, are also a fatigue factor. For instance, a weather delay on the last flight of the day could cause the crew to work more than the standard 14 hours. "We have a clause that allows us to work another two hours due to unforeseen circumstances," says Steve. "If you have passengers on board, you work the extra hours because of etiquette; we try to make the operation work.

"No one asks us to work more than 14 hours a day and you can always call in with the 'F' word—fatigue—but the moment you do make that call, you have to explain yourself. And you lose flight credits, which means pay and time accrued for that flight. I just lost 10 hours off my paycheck. Pilots are reluctant to make the call."

The United Nations agency that sets global aviation standards has asked countries to update its regulations. Federal officials say Canadian standards are consistent with those guidelines, but pilots disagree. They argue that current rules are outdated and workday hour limits are ineffective at keeping tired pilots out of the cockpit.

Canadian regulations take a one-size-fits-all approach, with no consideration for irregular shift work, multiple time zones or nighttime work, all of which can spell fatigue.

Research by the US Federal Aviation Administration shows the risk of flying accidents to be 1.7 times greater when flight crew shifts last 10 to 12 hours and 5.5 times greater when shifts last longer than 13 hours. A recent survey of more than 1,400 flight crew members by the US National Aeronautics and Space Administration revealed that 80 percent of them admitted to "nodding off" during a flight.

Across the pond, the European Aviation Safety Agency issued the Moebus Report, a scientific study warning against the EU's recent decree that pilots and cabin crews may work up to 14 hours straight—the same number of hours as in Canada and the US. The report recommends that shifts be capped at 13 hours during the day and 10 hours at night.

In the wake of the Buffalo plane crash, US authorities promised more stringent standards. Steve says standards in the US are already better than those in Canada: "When I was first officer we flew to London from Toronto at 11 pm with two pilots, but American crews must always have a third pilot, so they have higher standards with that extra body on board. And two of us flew to the Bahamas and back within a 14-hour day; again, the US airlines had a third. The American pilots looked at us Canadian pilots as third world!

More AIRPLANE CRASH News
"Even with an extra pilot or even two, the Asia trips are brutal; I'd rather fly to Europe with a two-man crew because the Asia route starts early in the morning, but the other direction launches in late evening. Flying westbound toward Asia puts you into a completely different Circadian rhythm. And there are health problems. We call the pilots who don't exercise 'Gray Ghosts.' When you're just drilling holes in the sky for 18 hours and don't move around in the cockpit, DVT [deep vein thrombosis] is a problem. Most guys tend to get up but some are ashen and zoned out.

"I used to fly freight and know of guys falling asleep at the wheel. We slept 'split-shift,' four hours at a time, which was quasi-legal. I actually zoned out: it was twilight and for a brief moment I didn't know if it was morning or night. That's when I decided to get a better job."

Steve believes that with enough pressure from the media and the public, the Canadian Transport minister will address pilot fatigue. "The US is stricter than Canada because they have a stronger union with more lobbying power, but we have to get more stringent standards now—it's a matter of passenger safety."