Lawyers representing Dr. David Dao, the 69-year-old passenger who was forcibly removed from a United Airlines flight, have filed an emergency request with a court in Chicago asking the airline to preserve all video, cockpit recordings, surveillance video, passenger and crew lists and other evidence related to the incident. 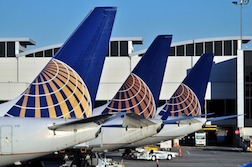 “There is a hearing on April 17 to protect and preserve certain evidence we are going to need down the line,” said Dr. Dao’s attorney Thomas Demetrio. “It is not just a matter of throwing the video up and asking the jury who wins. It is a process, and Dr. Dao, I believe to his great credit has come to understand he is the guy who is going to stand up for passengers going forward.”

When the firm has finished its investigation and gathered all the evidence attorney Demetrio, from the Chicago firm of Corboy & Demetrio, says a personal injury lawsuit seeking compensatory damages will “very likely” be filed in Cook County, Illinois.

Video shot by fellow passengers, and aired on television after the incident, showing blood dripping down Dr. David Dao’s face as he was being dragged down the aisle of the airplane, has sparked outrage from millions of people including President Donald Trump who called the incident “horrible”.

Dr. David Dao was on the last leg of an international flight on April 9, 2017, when he was dragged out of his seat and removed from a United Airlines flight bound for Louisville, Kentucky. Dr. Dao was randomly selected by the airline and asked to give up his seat because four employees need to travel to Louisville to crew flights from there the next day.
When Dr. Dao refused saying he had patients to see the next day three officers from the Chicago Aviation Department boarded the plane and pulled him out his seat. In the course of being ejected Dr. Dao sustained injuries far more serious than previously realized.

According to Thomas Demetrio his client suffered a concussion, a broken nose, had his two front teeth knocked out and was considerably “shaken up” by the event.

“This was not a troubled passenger, this was not a nut job, or a threat to anybody,” says Demetrio. “Should he have been unceremoniously dragged out of that plane? He is a 69 year old man!”

Dr. Dao was heard saying as he was being dragged out of the plane, “Just kill me. Just kill me!”

Dr. David Dao is a Vietnamese immigrant. He ran for his life during the fall of Saigon in 1975 leaving the country aboard a boat. Demetrio says his client told him that “being dragged down the aisle of the plane was more horrifying than when he left Vietnam.”

United is an obvious possible defendant in the case, however, Demetrio made it clear that the suit would likely also target the Chicago Aviation Department.

“The officers are employees of the City of Chicago. They also have a responsibility. More than one can be responsible for a single event.”

More PERSONAL INJURY News
Demetrio says his office has received many calls with passengers who have been removed from their seat because of overbooking. A first class passenger booked on United Airlines told Demetrio that they were approached by a crew member who said, “Someone more important than you needs this seat”.

Demetrio told a crowd of reporters in Chicago today the airlines have been “bullying” people for years.

"Because of the calls I have received from passengers and former employees of United I have concluded the following, that for a long time airlines, in particular United, have bullied us. I have concluded that based on literally hundreds of tales of woe and of mistreatment,” says Demetrio.

Posted by
Theresa
on April 24, 2017
Apparently Thomas is an employee of United.
Posted by
Thomas
on April 23, 2017
He was injured because he refused to comply with federal agents. Had he gotten up and given up his seat and taken into court like most sane people, this wouldn't have been such an issue. Sometimes airlines have to remove a few people to make sure that 1000's aren't interrupted the next day. This guy is a whiner.

Click to learn more about LawyersandSettlements.com
LawyersandSettlements.com is an online news and information site for the general public and legal community. As a legal news resource, we have emerged as an independent & trusted voice. We provide detailed and quality information on various lawsuits filed including Personal Injury Cases, Accidents, and Civil & Human Rights Cases.