More IDENTITY THEFT News
A settlement in a suit concerning identity theft between Countrywide Financial Corp. and 17 million of its customers received final approval from a federal judge. 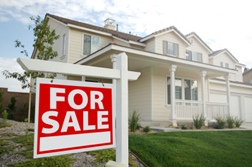 The 17 million people included anyone who obtained a mortgage from Countrywide or had the company service a mortgage before July 1, 2008, according to the Associated Press. Countrywide, which is now owned by Bank of America, has agreed to provide free credit monitoring to all those whose financial information was left vulnerable because of a security breach.

US District Judge Thomas B. Russell had presided over a number of lawsuits against Countrywide stemming from the breach and eventually granted them class-action status. According to the news source, Russell said in his decision that the settlement gives immediate relief to identity theft victims.

"This settlement provides safeguards that would not otherwise be available to millions of people, at a time when such measures are needed most," Russell wrote.

AP reports that about 3,000 people opted out of or objected to the settlement because they felt that the credit monitoring was not enough to make up for the identity thefts.