Kirtland & Packard LLP is pleased to announce that Michael L. Kelly has been named by Lawdragon to the publication's Lawdragon 500 Leading Plaintiffs' Lawyers in America. Mr. Kelly's profile will be included in the magazine's Winter 2007 issue, available later this month. 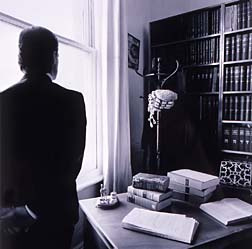 The Lawdragon 500 Leading Plaintiffs' Lawyers in America is the first publication to offer a comprehensive look at those lawyers who represent the little guy in cases ranging from medical malpractice to securities class actions, often with multi-million dollar results. Those named to the list represent less than one-half of one percent of the legal profession, placing them among the most elite group of legal professionals. More than 10,000 attorneys were nominated for the list by their peers and the Lawdragon editorial staff. Among the factors utilized in the list's selection are extensive research by a staff of award-winning journalists who interview thousands of lawyers nationwide and a survey of lawyers and clients who nominate and vote for their peers online.

"The Lawdragon rankings are intended to inform the public of the nation's top legal professionals who help those in need. We are enormously proud of the 500 lawyers that we are honoring this year as the best in the country," said Katrina Dewey, CEO of Lawdragon.

If you or a loved one have suffered losses, please click the link below and your complaint will be sent to a personal injury lawyer who may evaluate your Faulty Ignition claim at no cost or obligation.
Request Legal Help Now