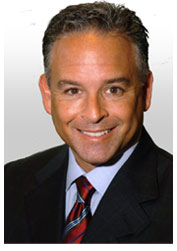 Most recently, he won a jury verdict of $8.8 million from Baptist Medical Center of Jacksonville, Florida on behalf of David and Shirlyn Gallagher; Mrs. Gallagher, an insulin-dependent diabetic, was brought to Baptist Medical Center for surgery following a heart attack. While she was recovering in the intensive care unit, the nursing staff failed to provide Gallagher with her insulin, causing her to go into cardiac arrest. Mrs. Gallagher suffered a severe brain injury that will require extensive physical therapy and lifelong care.

LAS: What brought you into the medical negligence field?

Stuart N. Ratzan (SNR): A few things. Both my parents are physicians, they're divorced and my mom is married to another physician. My father's a professor at the University of Miami medical school, Mom is a haematologist/oncologist, and my stepfather's a physician as well, so I come from a heavy medical background. In addition, I like to talk and I like energy of the courtroom, so you put it all together and I'm a medical negligence litigator.

LAS: Was the Gallagher case unusual or fairly similar to what you usually do in your practice?

SNR: A little of both. In terms of the degree of injury and the challenge of the case, it's typical of what I would handle. It was unusual in that it took place in a tough jurisdiction in Duval County, where juries have traditionally been very sympathetic to and defensive of Baptist Medical Center. It was heavily contested in terms of negligence, of causation, of pathology, and so on.

The trial lasted two weeks and we worked all day on Saturdays, and the hospital raised a very aggressive, very complex causation defense. But overall, it wasn't all that unusual, in that most of our cases involve a lot of money and are heavily contested, since there's so much at stake.

LAS: What did the causation defense include?

SNR: Baptist Medical Center claimed that Mrs. Gallagher's heart attack was not their fault, that they were not negligent even though they failed to run blood sugar tests and administer insulin. They argued that even if they were negligent in failing to test her blood sugar and administer insulin, it didn't cause the problem. It was due to the fact that she was recovering from recent heart surgery, and her heart had a spontaneous second attack that was unrelated to the failure to give insulin.

LAS: You described Duval County as a challenging jurisdiction. What was the special challenge?

SNR: Baptist Medical Center is a very well respected and defended defendant in Jacksonville. There's a lot sympathy and prejudice in that community in favor of it and against verdicts. It's a challenging jurisdiction in the sense that many jurors are not predisposed or inclined to award verdicts against health care providers in Duval County. I've been told that this was the largest verdict ever awarded against that hospital.

LAS: The $8.8 million award you received from the jury included $4.8 million in non-economic damages. What was the significance of that?

SNR: The significance is that in 2003 the Florida legislature passed and Governor Jeb Bush signed a statute that would take away the jury's verdict and cap it at $1.5 million instead of the $4.8 million we were awarded in this case. The Gallaghers believe that the statute is unconstitutional because it conflicts with state and federal rights that entitle them to a jury trial and verdict, and not a verdict from a legislature that's never met you and doesn't know your case, but has already decided your maximum award.

How could a legislature decide Mrs. Gallagher's case five years ago, when it had never even happened? A jury should be trusted to consider the evidence and make a reasoned decision, and that's what this jury did. The law conflicts with another provision of the Florida constitution that says you're allowed unfettered access to the courts; that law closes the door to the courts. Nothing's worse than if the legislature closes the courtroom door.

The Gallaghers believe, and so do I, that the law is unconstitutional, and that this verdict, rendered by a careful, well reasoned jury process, should stand—and that the legislature's arbitrary damages cap should not stand and should be declared unconstitutional.

LAS: I assume that you're expecting an appeal of this verdict. How will you defend it?

SNR: They've promised to appeal. We'll defend it first of all against whatever claims they raise to undo the verdict. To the extent that they seek to reduce the verdict, we will assert the constitutionality of the verdict on both the state and federal levels, and we will ask the courts to render a decision in accord with the US and Florida constitutions.

That's what we will seek from the appellate courts and probably ultimately the Florida Supreme Court. The legislature cannot pre-empt a jury verdict, because both the Florida and US constitutions are in the way.

LAS: Did you expect the constitutionality issue to come up as a result of this trial?

SNR: I knew that it could. I don't make the decisions, the jury does, but once the jury made its decision, it was clear that we could implicate the constitutional case. It was to be expected that this statute would sooner or later be challenged in a Florida negligence case, and it looks like the Gallagher case will be one of the ones that does that. There have been other verdicts that raised this issue, but cases have been settled along the way and have not reached the point where the appellate courts had to make a constitutional decision, At this point, I foresee that this case will result in appellate scrutiny of the Florida statute in relation to the US and Florida constitutions

It's exciting to me; obviously it's better to have resolution and get an award for the Gallaghers, and I believe it will happen, but it will take a little longer given the very significant nature of the legal issues involved.

SNR: We didn't even get to talk about the nurse living under the bridge.

LAS: Maybe we're not done yet after all.

SNR: There was a nurse in the ICU who apparently did do a blood sugar test about 34 minutes before Mrs. Gallagher actually had her heart attack, but it was never reported to the head nurse or recorded or acted upon. We got that test result from the computer database after the case began; it was never transcribed or put in the records. We looked for that nurse, but she had disappeared. She apparently had serious personal trouble and went on leave from Baptist Medical.

Eventually we found her living under a bridge in Jacksonville in her hospital uniform with the rest of the homeless community there. We were never able to bring her to testify, because she disappeared again, but the test she did showed that Mrs. Gallagher's blood sugar was extremely high, around 400. It was a clear sign that she had a very serious problem and needed insulin, but the test was never given to the head nurse and she was never treated.

Until the case went to trial, that blood sugar test was missing in action, as was the nurse who did it. I can't suppose much about why she disappeared, because I simply don't know. My associate met her face to face and she was living under a bridge with the homeless crowd in Jacksonville. That's all we know.