In his thirty-year legal career, Michael Hodges says, "We've done virtually every kind of damages case you can think of, but in the last four or five years, we've done mainly mass torts and class actions." That includes joining in multiple class actions filed recently against Avent America, Evenflo, Gerber, Handi-Craft (Dr. Brown's), and Playtex for their continued use of Bisphenol A (BPA) in the manufacture of baby bottles and toddler training cups. 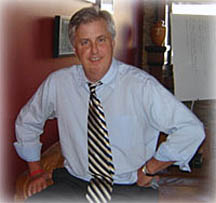 Studies indicate that BPA, originally developed as a synthetic estrogen, can leach out of the polycarbonate plastics in which it is used, and that BPA exposure can lead to developmental toxicity, carcinogenic effects, and possible neurotoxicity, among other effects. Young children and infants are thought to be especially vulnerable to BPA side effects.

"You've probably seen a lot about it," Hodges says. "Canada just banned BPA containers, Playtex took them out of stock last week, and Wal-Mart has taken BPA baby bottles off the shelf. It has been known for many years that this chemical causes problems—it leaches out of the plastic and babies consume it. There's no good reason to have it in baby bottles. What's the point? Why expose them to synthetic estrogen?"

"There wouldn't be any way for me to do all the work myself," he adds, "So I'm working with Scharnhorst, Ast and Kennard in both the Kansas and Missouri claims. The gist of the complaints is that the consumer laws in both Kansas and Missouri require that when you sell a product, you must reveal all material facts associated with that product to the consumer.

"We feel that it's a material fact that this chemical BPA leaches into the child when in use and has caused bad health effects in every animal it has been tested on. Any mother who understood that a dangerous chemical was being leached into her child would not use that product. We want an injunction against the use of BPA and we want the manufacturers to return the money to the families that purchased these bottles.

"The claims are substantially the same in Kansas and Missouri, although they're based on slightly different consumer protection laws. Some injury classes have also been filed in other jurisdictions, but our claims are not injury classes.

Hodges isn't sure yet just how big the class in either case may be. "We'll find out during discovery," he says. "We believe that there are sufficient damages to justify federal court jurisdiction, but we just don't know how many of these BPA bottles there are out there. So I don't really know how large the class is, whether it'll be national or multiple state; it's too early to know.

"We're waiting for a response from the defendants. We expect that there will be a multi-district litigation (MDL) response, and that the court will we want to organize all the cases into one central location, coordinate discovery, appoint a steering committee, and so on. This isn't a country where any of this goes very fast."

Given the general atmosphere around BPA, Hodges is aware that the defendants may be willing to settle early rather than late. "They might," he says. "That's what I'd do if I were them, but I'm not them.

"I would like to think that all these manufacturers will see that it doesn't make sense to do this any longer. If you were the manufacturer of a baby bottle that leaked synthetic estrogen into children, would you want to keep doing this? When you're dealing with innocent babies, there's almost no excuse for poisoning them. They could claim that they've done plenty of tests that proved that BPA bottles were safe, but that's not the fact in this case. So I'll be interested to see what they do. I don't see how anyone can climb on a moral high horse who sells a product that leaches poisons into babies."

Michael L. Hodges, a 1975 graduate of the University of Kansas, received his JD from Washburn University School of Law in 1978. He is a founding member of the Hodges Law Firm, Chartered, founded in 1980.