Attorney Brian J. Glick says that "he works for the people, not the powerful." What that involves, and how it can change things for the better, was the subject of our interview.

LawyersandSettlements (LAS): How would you describe your practice? 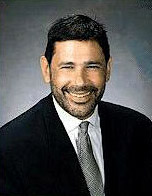 Brian J. Glick (BJG): It's all what we call liability work, people injured as a result of others, personal injury, medical malpractice, death claims, product liability. I represent the victims, the other side's usually the insurance companies.

My background and what I take pride in is the novel type of individual cases where people have been wronged, but it's not a simple matter of collecting money for them. This could involve medical malpractice or the way insurance companies treat their insureds.

I'm sort of peripheral to the mass tort cases. I'm more of an individual's lawyer. I have one insurance case that was resolved about a year and a half ago after more than ten years of litigation. This involved multiple deaths and inadequate coverage where the insurance company paid the first three victims and left everyone else hanging. Technically the law did allow this, but they claimed an absolute right to handle it first-come first-served. We claimed that this was an issue for a jury to decide. Initially the court ruled against us, but we won the right to take it to trial on that basis in state appellate court, and after a lot of litigation we were able to get a settlement.

Another case that was featured on CNN was against a hospital in Ft. Pierce, Florida, where they had sort of an undercover pathology department that was misreading cancer tests—they were just bad pathologists, there was a lot of infighting, they were very competitive, they just weren't very good doctors.

A doctor might take a biopsy of suspicious cells on a patient's arm and send it to pathology and they might misdiagnose it and call it something it really wasn't, such as cancer. The doctor's going to take it off anyhow, whether the diagnosis is right or wrong. He still goes in and does the surgery, but that doesn't make the reading right. If the tissue sample is misread and the doctor does the procedure anyway, it may cure the problem, but they never knew what the real problem was.

If you have cancer in one quadrant of the breast, they may remove both quadrants because they're suspicious that it may spread and they don't want to leave any suspicious cells. But if it isn't cancer and they take it out anyway, that's a big problem. I actually had a client who had had a lung removed unnecessarily in that hospital. We settled for millions in damages and better than that, the hospital got rid of the pathology doctors who were involved and changed the way they ran the whole pathology operation so that all readings are now sent out to an external lab for confirmation.

Anyway, who ever knows the truth? A lot of it just didn't make sense; some of the readings were obvious negatives according to the experts I hired, but the doctors were still doing surgery. Were these pathologists deliberately misdiagnosing so the surgeons could do more procedures? I have my suspicions.

I also handle fire defect cases, ladder defect cases, medical device cases, all of them. I've got one case going now where a machine at work that crushes vitamins into powder cut off my client's arm.

LAS: How has the recent Supreme Court ruling in Riegel v. Medtronic, which said that FDA approval pre-empts state tort law for medical devices, affected work in this area?

BJG: That's pretty much changed things. It pretty much gives the medical device manufacturers an absolute defense from liability. A lot of lawyers I know are worried that the Supreme Court will extend that shield to drugs; they sort of inferred they might extend the FDA compliance rule as an absolute defense. There might be exceptions for things like non-compliance or lying to the FDA, or non-compliance after changes were made. That's what that Medtronic case seems to have done.

A lot of lawyers who are really involved in this area are concerned that the courts will extend the ruling to drugs. The only way they wouldn't would be by a strict reading of the original statute. Plus you have all this stuff out there, these direct-to-consumer advertisements that tell you, "Ask your doctor for this drug." So you walk into his office and say, "Give me that drug because I have to go to the bathroom a lot." It's going to be a consumer nightmare.

The Bush administration has whittled away at medical device liability ever since he's been in office. A few lawyers I've spoken to are backing away from Trasylol cases because of this ruling. I haven't really studied the statute as to what defines a medical device or if there can be a broad reading to include drugs and vitamins, but if they can define a drug to be a device, they could extend the shield; if not, perhaps not. The way this Supreme Court's been ruling, I would expect it.

LAS: There is legislation in the works to amend the original statute to clarify congress' intent and overrule the Supreme Court, but I understand that this would have to overcome a senatorial filibuster and a presidential veto.

BJG: Exactly. Some lawyers are much more involved in these constitutional issues than I am, but just having done this kind of work for 25 years and seeing where the state and federal courts have gone, I can say that it's horrible ruing, because these drugs and these devices have harmed people a lot of times. Now the Supreme Court pretty much says that FDA approval is the be-all and the end-all of everything, and I don't understand how they can say that. But that's what they do in Washington, they lobby and they get the laws changed.

Brooklyn-born Brian J. Glick, a graduate of Fordham University, received a JD from the Southwestern University School of Law in Los Angeles in 1981. As a founding partner in the Glick Law Firm, PA, of Boca Raton, FL, he is a past president of the Palm Beach County Trial Lawyers Association and has twice been voted one of South Florida's Best Lawyers by Miami Metro Magazine for his work in medical malpractice and personal injury.