Pennsylvania Hotel Employment under the Microscope

Pennsylvanians employed in the hotel and hospitality industry will be especially interested in the Pennsylvania labor laws pertaining to adequate pay and other provisions, since the federal Department of Labor announced just last month that western Pennsylvania's hotel and motel industry is under investigation for violation of minimum wage and overtime laws. 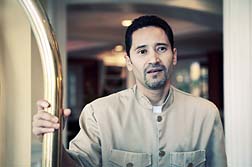 The agency's wage and hour division is spearheading the probe to ensure that the industry is complying with record-keeping as well as minimum wage, child labor, and overtime laws. The initiative is designed to make certain that "employees are protected and compensated in accordance with the law," according a statement from the agency, published on November 17 in the Pittsburgh Tribune Review.

In the Pittsburg region alone there are no fewer than 192 hotels, according to a spokesperson for Smith Travel Research, a firm based in Hendersonville, Tennessee that tracks the US hotel industry.

"Companies that do not pay their workers full compensation and otherwise fail to comply with the law are liable for back wages and may be assessed liquidated damages and civil money penalties," said John DuMont, a director of the department's Pittsburgh wage and hour division.

It should be noted that the investigation was initiated as part of the divisions' normal enforcement mandate and was not prompted by a particular complaint. However, there have been prior indiscretions.

More PENNSYLVANIA EMPLOYMENT LAW News
Common violations include failure to pay for all hours, failure to pay overtime premiums to workers and misclassifying salaried workers as being exempt from overtime provisions without regard to their pay or the duties performed. In some cases, underage employees were found to be working in violation of the child labor rules contained in the Fair Labor Standards Act.

According to the Pittsburgh Tribune Review, the Labor Department ordered that a total of $223,000 be paid to 690 individual workers in compensation for back wages.

"We're glad that the Department of Labor is stressing compliance with the laws that were designed to protect workers in all industries, including the hospitality industry," said Jennifer Blatz, a spokeswoman for Unite Here Local 57, which represents about 1500 hospitality workers in the Pittsburgh region, including workers at the city's largest hotels.

The Department of Labor would not identify the specific hotels under investigation for potential violations of Pennsylvania state labor law.

If you have suffered losses in this case, please send your complaint to a lawyer who will review your possible [Pennsylvania Employment Law Lawsuit] at no cost or obligation.
Request Legal Help Now