Vermont to Receive $136,000 Settlement in Paxil Side Effects Case

More PAXIL BIRTH DEFECTS News
Vermont's attorney general has announced that the state will receive $136,000 as part of a settlement with drugmaker GlaxoSmithKline over Paxil side effects allegations, among others. 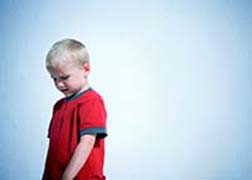 Attorney General William Sorrell said that the settlement comes after allegations that the drug company produced and sold four products with strength, purity and/or quality levels that were below the standards of the US Food and Drug Administration.

According to a press release from Sorrell's office, the drugs included antidepressant Paxil CR, diabetes medication Avandamet, a drug that fights nausea and one antibiotic ointment.

The attorney general said that the $136,000 payment to the state is twice as much as the Vermont Medicaid program spent to purchase the drugs.

According to the National Center for Biotechnology Information, Paxil was designed to treat depression, panic disorder and social anxiety disorder. However, a small number of children and young adults who took antidepressants like Paxil during clinical studies began to have suicidal thoughts, the center's Web site said.

If you or a loved one have suffered losses in this case, please click the link below and your complaint will be sent to a lawyer who may evaluate your Paxil Birth Defects claim at no cost or obligation.
Request Legal Help Now