A professor at Yale's School of Medicine has been accused of signing her name to a ghostwritten study on Paxil side effects, the Yale Daily News reports. 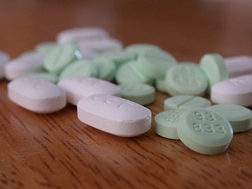 The Project on Government Oversight (POGO), a nonprofit watchdog, claims that associate professor Kimberly Yonkers signed her name to work that was not hers in a 2003 report on Paxil, an antidepressant drug, the news source said.

More PAXIL BIRTH DEFECTS News
POGO claims that Yonkers's alleged ghostwritten study was a part of a promotional scheme by GlaxoSmithKline to increase the sales of Paxil. Yonkers, however, claims she was very involved in the report's writing and editing, according to the news provider.

The documents related to the study reportedly showed favorable results of Paxil, according to the news source.

Daniel Carlat, a former spokesperson for Wyeth Pharmaceuticals, told the news source that GlaxoSmithKline appeared to have used Yonkers as a "mouthpiece" in order to promote the antidepressant drug.

According to the National Center for Biotechnology Information, Paxil side effects can include headaches and vomiting as well as more serious problems such as skin rashes and blurred vision.