Paxil Suit Is Still On!

From the point of view of the attorneys for the plaintiff, everything seemed to be on track as the product liability trial against Glaxo Smith Kline (GSK) got under way. Anna Blyth had been born with a heart defect, a defect that could be easily linked to the fact that her mother had been prescribed Paxil, a GSK drug used to help patients cope with depression. 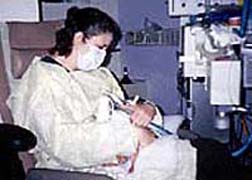 The Blyth family attorney, Rosemary Pinto, knows the story of Paxil very well and is currently handling dozens of suits against GSK for birth defects related to Paxil use in pregnant women. "Glaxo Smith Klein had said it wanted to get to the jury on this," says Pinto. "We were all rather surprised that after two weeks of trial, they decided they did not want to get to the jury!"

The lawyers for GSK changed course and argued that the case not go forward because the doctor who originally prescribed the drug—who was long since deceased—could not provide evidence at the trial.

The judge granted a motion for summary judgment—in favour of the defence.

"With all due respect, I think the judge was mistaken," says Pinto. "I think what a doctor would say can be proven through the evidence of other like- minded physicians that know what the standard of care is."

"In most cases, the prescriber (the doctor) is alive and this decision is not going to have far-reaching effects because this is limited," adds Pinto.

Pinto believes that the case against GSK for liability in birth defects related to the use of Paxil is still very strong. "The standard of liability is not did they know, but should they have known," says Pinto, "and they knew enough from their initial purchase of the drug and the initial rat studies to know that rat pups were dying when pregnant mums were given to their moms."

And the Blyth case is far from over—it may be delayed again—but it is not over says Pinto. "That leaves us taking that issue to the Superior Court of Pennsylvania trying to get trial judge's opinion reversed," says Pinto.

More PAXIL BIRTH DEFECTS News
It has along been a long road. Anna Blyth is now a teenager—and although she is doing well in life, she has and will continue to have challenges because of her heart defect. "She had to have heart surgery when she was an infant," says Pinto, "otherwise she would have died.

"She will never be completely out of the woods—and she will have a life with increased risks and a scar on her chest," says Pinto. "And when she gets pregnant she will be high-risk pregnancy and she has all the worries that come with a heart that is not perfect."


Rosemary Pinto is an attorney with the Philadelphia firm of Feldman & Pinto. She confines her practice to representing victims of defective drugs and products that have been marketed irresponsibly to the public. Never one to run from a challenge, Pinto has a reputation for taking on and prevailing in cases that were considered unwinnable.