GSK to Pay $2.5 Million to Family in Birth Defects Lawsuit

A jury in Pennsylvania has returned a landmark ruling in the case of Lyam Kilker, whose family sued GlaxoSmithKline (GSK) alleging the boy was born with Paxil birth defects. With another 600 or so suits pending, the settlement of $2.5 million is precedent-setting. 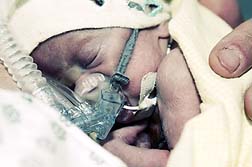 Lyam Kilker was born with two holes in his heart, birth defects his mother blames on the antidepressant. According to a report on Bloomberg.com (October 13) the jurors' 10-2 finding stated that GSK officials "negligently failed to warn" the doctor treating Lyam's mother about Paxil's risks and concluded the medicine was a "factual cause" of the child's heart defects.

It only took the jurors seven hours over two days to find that GSK failed to adequately warn physicians about the possibility of debilitating birth defects which may occur in babies born to mothers prescribed Paxil during pregnancy.

When asked about the size of the settlement, Sean Tracey, the lawyer representing Lyam's family, told Bloomberg "The first win is always huge, especially when you get a jury saying the drug caused the injury."

During the court case the judge ordered GSK to hand over emails written by GSK executives, and one such email, written by Bonnie Rossello in a 1997 memo, was particularly incriminating, including the statement, "If neg, results can bury." Rosello was referring to what action the pharmaceutical giant should take if it became necessary to do animal studies with Paxil, known generically as paroxetine. According to results of a study done by the Danish developers of the compound, low-dose paroxetine killed young rats.

During the trial, Tracey reportedly told jurors that the Food and Drug Administration (FDA) did not order additional safety studies on selective serotonin reuptake inhibitors (SSRIs)- the class of antidepressants to which Paxil belongs - until 2003. At that point, GSK allegedly acknowledged there was an increased risk of birth defects associated with Paxil.

More paxil birth defects News
GSK had reportedly received reports of 50 miscarriages or intrauterine deaths by 1997. When the company investigated the possibility of an association between Paxil use and birth defects, scientists involved referred to the incident rate as an "alarming finding." However, when the report was handed over to the FDA, "the alarming language" was not in the text, Tracey said in court.

Tracey also alleged that in 2001 GSK received a letter from a woman who said she decided to abort her fetus after learning that her baby had birth defects, and that an internal GSK email showed that company officials were "almost certain" that the birth defects were linked to the mother's Paxil use, but did not turn over those findings to the FDA.

According to the Bloomberg report, GSK, among the top 10 biggest pharmaceutical companies in the world, plans to appeal the ruling. In 2008, Paxil generated approximately $940 million in sales for GSK.