According to reports, Paxil-maker GlaxoSmithKline may have paid almost $1 billion to settle Paxil lawsuits alleging serious side effects, including birth defects, addiction and suicides or attempted suicides. 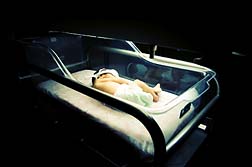 Bloomberg reported today that since 1993, GlaxoSmithKline has paid close to $1 billion to settle lawsuits concerning the antidepressant. According to the report, $390 million went to suicide or attempted suicide lawsuits, $200 million to addiction and birth defect lawsuits and $400 million to settle allegations of antitrust, fraud and design claims.

GlaxoSmithKline has not confirmed the $1 billion, and, in settling at least some of the lawsuits, did not admit liability. Not included in the $1 billion are the dozen suicide-related claims or the 600 birth defect claims that have not been settled.

Earlier this year, a jury found that GlaxoSmithKline should pay $2.5 million to the family of a young boy who was born with a heart defect after exposure to Paxil prior to birth. The boy required multiple heart surgeries and will likely require more heart surgeries as he ages. The jury in that case found that GlaxoSmithKline failed to adequately warn doctors about the risks of birth defects associated with using Paxil while pregnant.

More PAXIL News
With 600 birth defects lawsuits still waiting in the wings, a $2.5 million settlement for each lawsuit could leave GlaxoSmithKline on the hook for $1.5 billion in birth defect lawsuits alone.

Meanwhile, three more lawsuits have been filed against GlaxoSmithKline alleging that Paxil is responsible for the birth defects of three babies. According to the lawsuits, as reported in the Southeast Texas Record on December 9, the women took Paxil while pregnant and gave birth to babies with heart problems. The lawsuit alleges that GlaxoSmithKline knew or should have known about the risks associated with Paxil and failed to warn patients about those risks.