A recent study, suggesting that SSRI medications may not be effective in treating behaviors associated with autism, may add to the confusion about using SSRI medications while pregnant. Women who are concerned about Paxil side effects and the risk of Paxil birth defects when infants are exposed to SSRIs before birth may have more reason for concern about Paxil heart defects with the publication of the study. 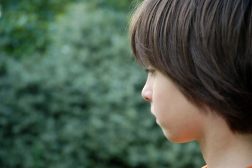 The study was published online in April in the journal Pediatrics. It found that selective serotonin reuptake inhibitors (SSRIs; a class of drug that includes Paxil) were associated with a small improvement in repetitive behaviors associated with autism. When the researchers accounted for publication bias—in which favorable results are more likely to be published but less favorable are less likely to be published—the benefits of SSRIs in treating autism were reduced to almost zero.

"Without timely, transparent, and complete disclosure of trial results, it remains difficult to determine the efficacy of available medications," researchers wrote.

Although on initial glance it would appear that the issue has nothing to do with taking SSRIs while pregnant—the study examined only the use of SSRIs in treating repetitive behaviors in children, not the risk of side effects from exposure to SSRIs prior to birth—the implications have a far-reaching effect. Research on the use of SSRIs while pregnant has been contradictory. Some published studies indicate a risk of birth defects, including persistent pulmonary hypertension (as published in The New England Journal of Medicine), autism (as published in the Archives of General Psychiatry; 7/11), withdrawal symptoms and other birth defects (as published in Obstetrics & Gynecology; 7/11), while other studies suggest no increased risk of birth defects when SSRIs are used during pregnancy.

More PAXIL News
Furthermore, many women continue taking the SSRIs based on studies that indicate the benefits of the antidepressants are greater than the risks. If studies on the use of SSRIs during pregnancy are also subject to publication bias—similar to other studies—then women may be taking the SSRIs while pregnant based on an unsupported belief that the medications are beneficial and they may be putting their unborn babies at risk of birth defects.

If publication bias exists, it is possible that it extends to studies on the use of SSRIs during pregnancy. This means that there could be studies conducted that show either that SSRIs are not as beneficial as thought or that they are linked to an increased risk of birth defects, but those studies may never have been published. If they were published, the decision about whether or not to take SSRIs such as Paxil while pregnant might be easier to make.

In the meantime, women who have depression are left to examine the existing literature to determine whether the benefits associated with taking SSRIs while pregnant are worth the risk, recognizing that they may not have all the information after all.