Yet Another Entry on a Growing List of Paxil Side Effects

The more serious side of Paxil side effects—namely, the potential for Paxil birth defects in children born of mothers continuing to take paroxetine (Paxil) and other SSRI antidepressants—has been known for some time. It was in 2005 that Paxil manufacturer GlaxoSmithKline initiated a study that subsequently identified the risk for birth defects. Late last year, the US Food and Drug Administration (FDA) included Paxil on a watch list. 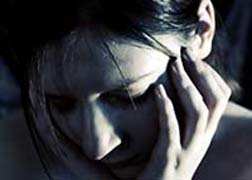 And now there are additional concerns that could lead some Paxil patients to file a Paxil lawsuit. The Canadian Broadcasting Corporation (CBC) reported on March 22 that Paxil has the potential to trigger high blood pressure if antidepressants such as Paxil are taken while a woman is actively pregnant.

At issue is something known as pre-eclampsia, a disorder that produces a rapid rise in blood pressure. The latter, according to researchers at the University de Montreal, could lead to seizure, stroke, multiple organ failure and death of the mother and/or baby.

Paroxetine, part of a new class of antidepressants known as selective serotonin reuptake inhibitors (SSRI), has already been linked to Paxil heart defects in babies, among other adverse reactions.

Montreal researchers compared women who produced pregnancy-induced high blood pressure against matched controls, according to the CBC report. The study determined that 3.7 percent of women exhibiting hypertension had taken antidepressants, compared with 2.5 percent of hypertension sufferers who hadn't.

The women, according to researchers, had not experienced high blood pressure before their pregnancies.

This latest study, published March 21 in the British Journal of Clinical Pharmacology, adds further fuel to the debate surrounding antidepressant use while pregnant. Antidepressants such as Paxil have proven effective in the treatment of depression, and are often deemed long-term therapy. However, some health advocates have been critical of manufacturers for not spending enough time analyzing the potential threat to a developing fetus were a Paxil patient, for example, to become pregnant.

Doctors have been criticized for over-prescribing antidepressants such as Paxil. The University de Montreal study revealed that up to 14 percent of pregnant women take antidepressants.

Prior to a pregnancy, a woman will take care to stop activities such as smoking, alcohol consumption and various other medications. However, depending on the individual, stopping an antidepressant could put the woman—and hence, her fetus—at risk. Conversely, continuing an antidepressant could put the baby at risk of developing life-altering Paxil side effects, such as protruding organs, heart defects, mouth and cranial deformities.

Meanwhile, several years before launching a study on the impact of paroxetine on a developing fetus (a study that concluded a slightly elevated risk of Paxil birth defects), Paxil manufacturer GlaxoSmithKline was embroiled in various strategies aimed at preventing a manufacturer of generic paroxetine from entering the marketplace and taking market share away from Paxil.

More PAXIL News
A March 20th entry in the Canadian Medical Association Journal highlighted various strategies employed by GlaxoSmithKline to filibuster the entry of a generic product manufactured by Apotex and delay market entry by four years. While there was no word as to the costs associated with the various legal strategies employed by GlaxoSmithKline against its competitor-to-be, the delayed entry of Apotex was estimated to be worth an additional $300 million dollars in Paxil sales revenue. There was no mention of Paxil defects during the various business and legal maneuverings.

Health Canada, the Canadian equivalent to the FDA, notes that paroxetine (Paxil or generic) should be used during pregnancy only if the potential benefit (to the mother) justifies the potential risk to the fetus.

Posted by
Carl
on April 15, 2012
Amazing how NOW they are finding problems with paxil, yet problems were noticed by patients back in the late 90's. I was on paxil from '97 to '00 and I took myself off because of the health problems. And here we are, 12 years later, and now we see it coming public.

It shouldn't take that long for people to wake up and see it for what it is.